From box-office aristocracy to royal failures: 8 Films and Series about Queen Elizabeth II and the House of Windsor

We follow their love lives obsessively; we pour over their fashion choices; we spend hours filming hospitals to catch a glimpse of every new addition to their family, and we love nothing better than watching them get tangled up in a juicy scandal. No, it's not the Kardashians. Before Kim and Kanye hit our screens, there was another wealthy and influential family there to fascinate viewers with their otherworldly lifestyle: Queen Elizabeth II and the royal House of Windsor.

The life of Britain's longest-reigning monarch has been explored through a range of mediums, from films and series to documentaries, with audiences eager to discover more about the woman that exists beneath the weight of the crown. Though many of these visions of Queen Elizabeth II's life examine the existence of the powerful and old institution of British royalty, there are just as many that enjoy poking fun at the royals with a generous dose of satire. With such a range of material on the royal family out there, it's unsurprising that alongside the Oscar nominees are several cringe-worthy flicks that rely on terrible British accents and the occasional corgi to bring the Windsors to life. In honour of Netflix's critically-acclaimed series 'The Crown' returning for its third season this November, we've compiled a list of films and series about Queen Elizabeth II and her clan, from box-office royalty to failures so awful they border on treason. Tea and crumpets at the ready, folks. 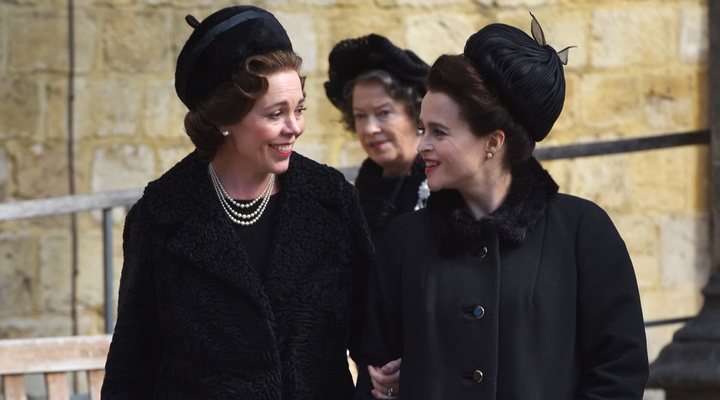 Perhaps the most iconic reimagining yet of the queen's rule is Peter Morgan's ambitious biographical drama set to span Queen Elizabeth's reign as she struggles to remain a symbol of solidarity throughout the political and personal upheaval of the twentieth century. This beautifully shot series balances an intimate portrait of the Queen's personal life, from her complex marriage with Prince Philip to the birth of her children and heirs, with an examination of the events that made modern Britain into what it is today. Though Claire Foy portrayed her majesty for the first two seasons of the successful series, Oscar-winner Olivia Colman will be wearing the crown as Queen Elizabeth in the third season, which is set to air on Netflix on the 17th November 2019. 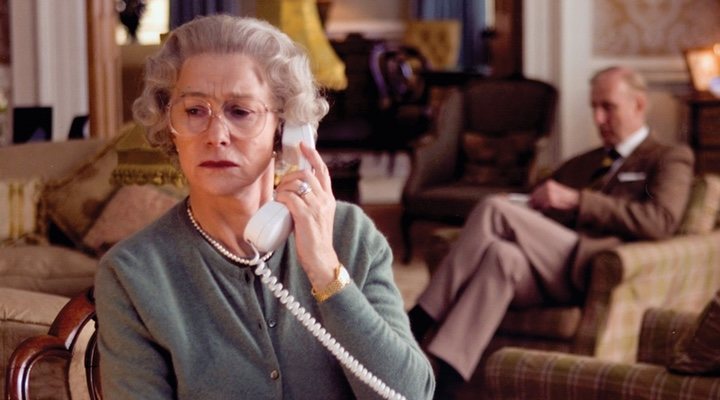 Who else could play the Queen of England other than acting royalty, Helen Mirren? Stephen Frears's 2006 biopic focuses on the turbulent time within the personal and public lives of the royal family after the death of the "People's Princess", Lady Diana Spencer, in 1997. Frears uses archive footage from the time to explore the fascinating contrast between the public perception of the royal family's refusal to comment upon the death as cold and unfeeling with the queen's desire to prioritise the wellbeing of her grandchildren, Prince William and Prince Harry, after the loss of their mother. Set decades after Queen Elizabeth II was crowned, 'The Queen' explores how the famous monarch had to learn to change with the times in order for the royal family to survive public criticism. 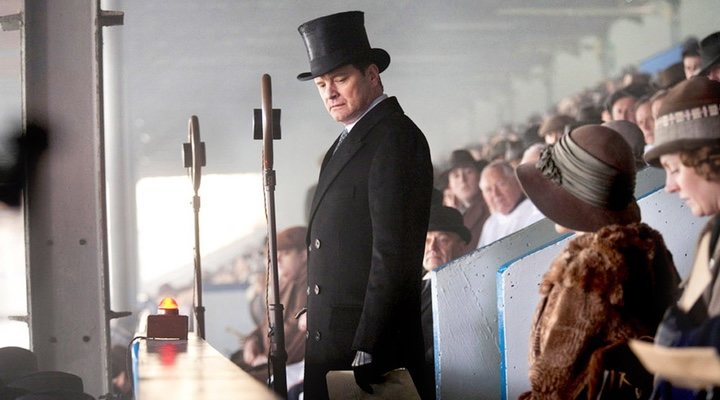 'The King's Speech' explores the unlikely beginnings of this branch of the dynasty through Queen Elizabeth II's father, Albert (later stylised as King George VI) as he unexpectedly takes the throne in 1936 after his elder brother, Edward VIII, withdraws his claim to the throne in order to marry American divorcee, Wallis Simpson. Shy and suffering under a persistent stammer and the weighty expectations of both his family and the British public, Albert (Colin Firth) hires Lionel Logue (Geoffrey Rush), a controversial speech therapist, to help him overcome his stammer and find his voice as a ruler in this inspirational drama that won the Academy Award for Best Picture. 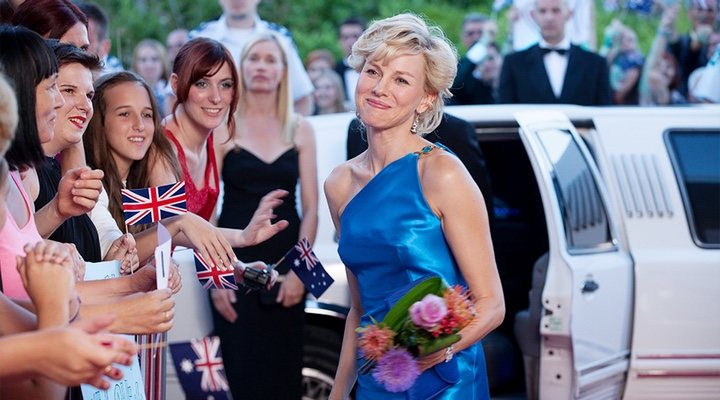 If there is one figure of the modern British royal family more scrutinised than the Queen herself, it is the late Lady Diana Spencer, ex-wife of Prince Charles and mother to Prince William and Prince Harry. In 'Diana', Naomi Watts portrays the activist aristocrat in the final years of her life as she attempts to break free from the constrictions of her status and embark on a romance with Pakistani heart surgeon Hasnat Khan (Naveen Andrews). It is often said that invasive media attention is what killed the princess, and 'Diana' explores the pressures that come with being part of a family that will never be free from the public eye. 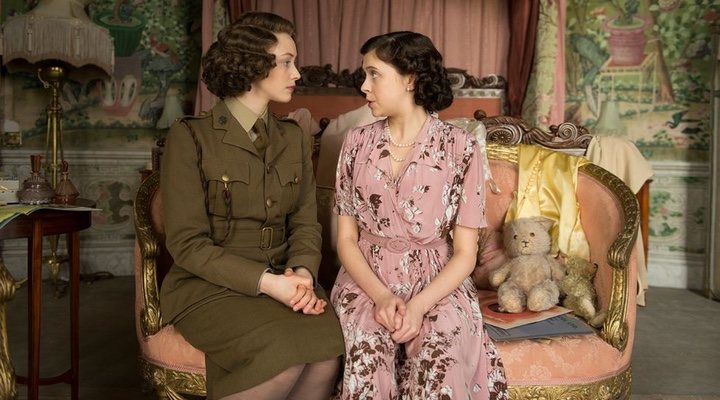 Even the Queen deserves the occasional day (or night) off, right? 'A Royal Night Out' is a comedic romp very loosely based on Princesses Elizabeth and Margaret's celebrations on V.E. Day in 1945. Although in actuality, the two young royals were kept to a strict curfew and monitored at all times by a crew of armed guards, 'A Royal Night Out' reimagines their night of freedom as an adventure across London that was full of drinking, danger, and ditching guards. Prince Philip might want to miss out on this one, as the film even plays up the trope of star-crossed lovers by having the young Princess Elizabeth bat her eyelashes at a dashing East End soldier. Is it realistic? No. Is it heaps of fun? Yes. 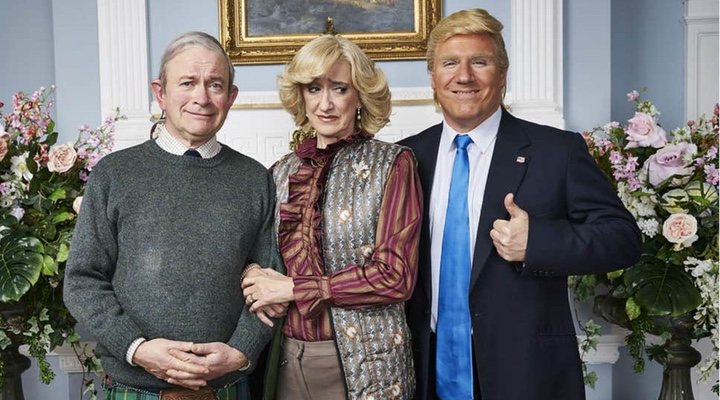 'The Windsors' is a parodic sitcom that takes the British royal family and re-imagines them in the style of a primetime soap opera. Prince Harry becomes a promiscuous party animal constantly trying to seduce the Middleton sisters, Camilla Parker-Bowles becomes a raging evil stepmother, and everyone constantly makes references to 'The Crown' and 'The King's Speech' as their primary resources for learning about their own family. 'The Windsors' shows that a little bit of satire goes a long way in making the royal family seem more human. 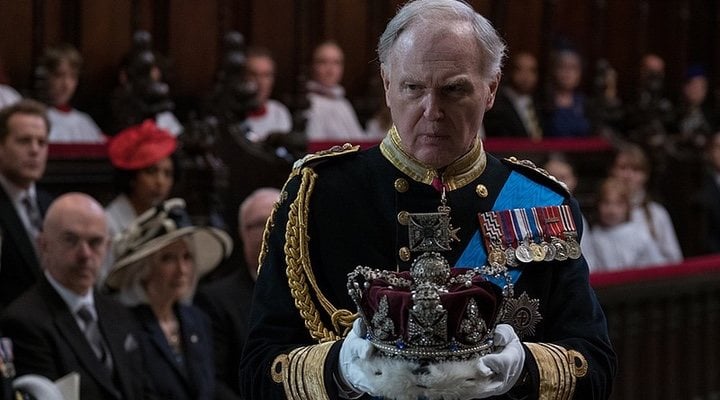 As Britain's longest-reigning monarch, many citizens of the UK cannot remember a time that Queen Elizabeth II was not on the throne and, indeed, imagining a time after her seems impossible. 'Charles III' is a speculative drama based on the question of what will happen after Queen Elizabeth's heir, her son Charles, Prince of Wales, ascends to the throne. Director Rupert Goold's vision of the situation is largely fantastical and features a power-hungry Kate Middleton trying to take Charles down as well as the ghost of his ex-wife, Princess Diana, making regular appearances. However, it's an interesting consideration of what will come to define the royal family after its matriarch departs. 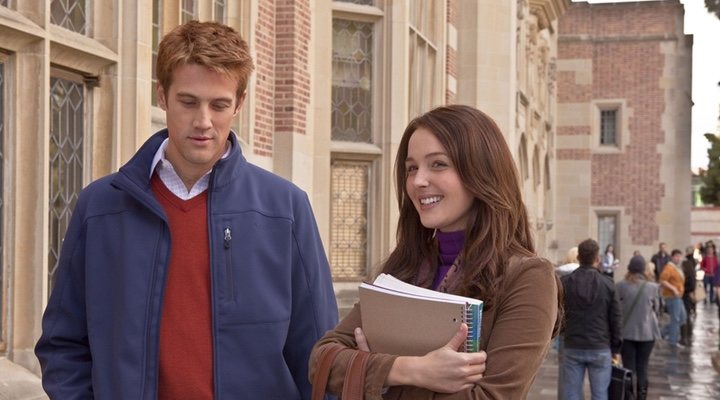 The age-old tale of a prince falling in love with a non-royal is built into the very bones of romantic storytelling, so it comes as no surprise that director Mark Rosman leapt at the chance to translate the story of Prince William and Kate Middleton falling in love at university in Scotland onto our screens. 'William & Kate' is largely considered an exaggerated and wholly unbelievable take on the royal courtship, full of cliché dialogue and dramatic reveals that likely have the queen quaking in her daintily-heeled boots. If you're looking for something to watch after the truly hard to stomach 'The Christmas Prince' or 'The Princess Switch', however, this could be the film for you.