Fever for 'Frozen': The mayor of Hallstatt, the village that inspired Arendelle, asks fans to stop flooding to their city

Stretched across all corners of the globe are millions of fans of both 'Frozen' and its sequel, 'Frozen 2', and you don't need to look at box office statistics to see that. Ever since the first instalment was released in 2013, the Austrian village of Hallstatt, one of the main inspirations behind Arendelle, the home of our beloved sister princess protagonists, has been visited by more than one million tourists. 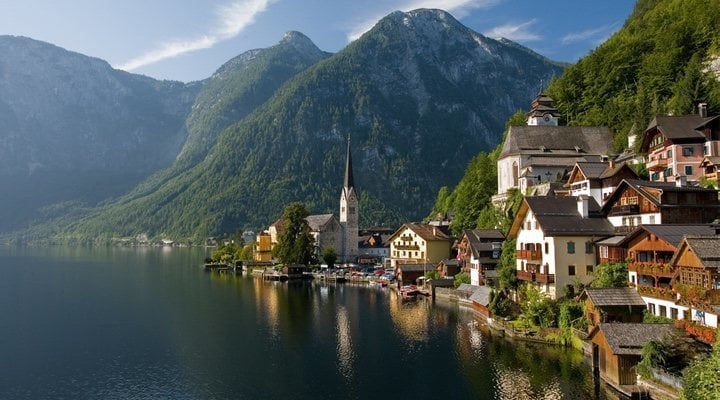 The Guardian notes how in this village (population cerca 800), the mayor is looking to reduce the number of tourists buses that pass through Hallstatt - an astronomical 20,000 - by a third. These actions are intended to protect the population from the more negative effects of tourism; with so many visitors flooding to Hallstatt every year, the locals simply cannot carry out their everyday lives the way they did in 2010, when the number of visitors averaged 100 per day compared to the maximum of 10,000 per day that they receive now.

The village, labelled as a UNESCO World Heritage Site in 1997, is located the Salzburg region beneath the Alps and is home to the oldest salt mine in the world. With its rich history, idyllic landscapes and beautiful winter atmosphere during the ski season, it's hardly surprising that the creators of 'Frozen' took one look at Hallstatt and knew that they'd found their Arendelle.

The tourists that flock to Hallstatt come from all over the world, although it is a particularly popular destination with Asian tourists, with China, Japan and Korea standing out amongst the statistics. Most tourists, however, are sadly only interested in taking a quick selfie and perhaps singing a rousing chorus of 'Let It Go' before loading back onto their bus once more.

This situation, explains Hallstatt's mayor Alexander Scheutz, has granted Hallstatt its economic independence and led to increased investments in schools and leisure centres. Even so, there are simply not enough resources to account for the thousands of tourists strolling through their streets and asking to build snowmen every day. As much as Hallstatt has benefitted from the interest generated by 'Frozen', it does not balance out with the increased demand from tourists, hence these new measures Scheutz hopes to introduce.

Disney, however, is not the only force driving six times the amount of tourists visiting Venice each year to this picturesque Austrian paradise. Particularly across Asia, Hallstatt regularly appears on TV and in lists deeming it one of the most beautiful places that Europe has to offer and, in 2011, a Chinese multi-millionaire went so far as to build an exact replica of the town in the Guangdong province. Once Hallstatt's measures against overcrowding kick in, could this possibly become the new place to be for fans of 'Frozen'? Perhaps then, for the first time in forever, Hallstatt would finally get a well-deserved rest.