Just when it seemed like the 'Game of Thrones' prequel series 'Bloodmoon' starring Naomi Watts and written by Jane Goldman ('The King's Man') would step up as heir to the epic historical fantasy based on George R.R. Martin's 'A Song of Ice and Fire', the Targaryens swept in to steal the Iron Throne once more. 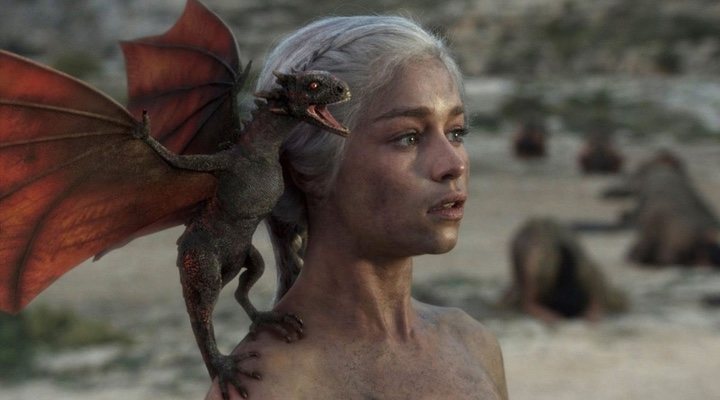 This week has been more emotionally exhausting for 'Game of Thrones' fans than watching 'The Battle of the Bastards'. First, fans were deeply saddened to hear the announcement that the prequel set in Valyria thousands of years before the original series was cancelled despite the crew having already shot a pilot and secured a star-studded cast in which Jamie Campbell Bower, Toby Regbo, Georgie Henley and Richard McCabe were set to lead alongside the aforementioned Naomi Watts. Added to the cancellation of a spinoff created by series writer Bryan Cogman back in April, the future did not seem bright for Westeros. However, before fans could so much as shake their heads and say "valar morghulis", HBO declared that another prequel, this time surrounding the infamous blonde-haired, dragon-riding Targaryen dynasty, has officially been green-lit.

'House of The Dragon' will follow the ancestors of Daenerys Targaryen some 300 years before the Khaleesi stepped into the fire with three dragon eggs. Unlike the now-cancelled prequel, to which the network only offered a pilot, 'House of The Dragon' was ordered straight to series, with 10 episodes set to start production.

#HouseOfTheDragon, a #GameofThrones prequel is coming to @HBO.

The series is co-created by @GRRMSpeaking and Ryan Condal. Miguel Sapochnik will partner with Condal as showrunner and will direct the pilot and additional episodes. Condal will be writing the series. pic.twitter.com/9ttMzElgXm

'House of The Dragon', much like the mythical dragons that are the house's sigil, remains shrouded in mystery, but the series is set to be an adaptation of 'Fire and Blood', George R.R. Martin's fictional biography of the Targaryen dynasty that spans generations of the powerful and fire-crazed family. 'Fire and Blood', unlike 'Game of Thrones', tells the story of the Targaryens in broad strokes that cover centuries, so it is uncertain exactly which parts of the book's lore and legend will be featured in the show. It's likely that the series will introduce us to Aegon the First, the Targaryen who conquered the seven kingdoms of Westeros alongside his sister-wives Rhaenys and Visenya. Whether this powerful figure in Westerosi mythos will be painted as hero, villain or, as is the fashion of 'Game of Thrones', an amalgamation of both, remains to be seen. It is also worth noting that George R.R. Martin has a second instalment of the already sprawling familial history planned, so 'House of The Dragon' may change its course upon the book's publication.

According to the 'Game of Thrones' Twitter account on which the prequel was announced, Martin will be co-creator of the show alongside Ryan Condal, the writer behind 'Colony' and 'Hercules'. Condal will also serve as a showrunner, though will take a leaf out of David Benioff and D.B. Weiss's book by forming a partnership with fellow shrowunner Miguel Sapochnik, a 'Game of Thrones' alumnus responsible for directing some of the show's most iconic episodes such as 'Hardhome', 'Battle of the Bastards' and 'The Long Knight'. Condal is set to write the pilot, which will then be directed by Sapochnik. Also featuring in the announcement of 'House of The Dragon' is the first poster of the series, which features the red Targaryen dragon sigil above three ominous words: "fire will reign".

Though no provisional release date has been announced for this promising prequel, fans will certainly be willing to bend the knee before 'House of The Dragon' and any other 'Game of Thrones' spinoffs when they hit screens.