The 'Star Wars' universe still has several pending projects coming up over the next few years, many of which are destined for the small-screen through the streaming platform Disney+ in addition to the new wave of cinema hits that will commence production after the grand finale of the Skywalker Saga premieres later this year. However, 'Game of Thrones' showrunners David Benioff and D.B. Weiss, who were set to produce a much-talked about series of films set in the 'Star Wars' universe, have now dropped out of the project, leaving its future indefinite. 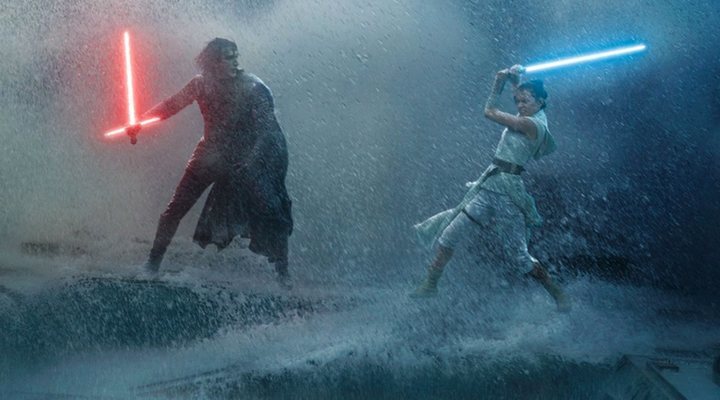 Weiss and Benioff have announced that they are abandoning the project and have assured fans that the reason behind their decision is nothing more than a lack of time. In their statements to Deadline, the filmmaking duo explain: "We love 'Star Wars'. When George Lucas built it, he built us too. Getting to talk about 'Star Wars' with him and the current 'Star Wars' team was the thrill of a lifetime, and we will always be indebted to the saga that changed everything".

The president of Lucasfilm, Kathleen Kennedy, has also released statements that bid farewell for now to Benioff and Weiss. "David Benioff and Dan Weiss are incredible storytellers. We hope to include them in the journey forward when they are able to step away from their busy schedule to focus on 'Star Wars'". The project that would have thrust the 'Game of Thrones' showrunners into the 'Star Wars' spotlight would have been a new trilogy and seemed to have a production period secured for some time after the release of 'Star Wars: The Rise of Skywalker', the finale of the saga began by George Lucas in 1977. The first film had a predicted release date of 2022 and was rumoured to be set during the Old Republic, centuries before the Skywalkers burst onto the scene.

Benioff and Weiss's exit from the franchise is also due to their recent contract with another industry giant: Netflix. In August, news dropped of a new 200 million dollar contract with the streaming platform securing the duo's involvement with several films and series over the coming years, a commitment which seems to have impeded the 'Game of Thrones' creators from seeing their 'Star Wars' trilogy through. However, it remains to be seen whether, after their Netflix projects wrap, the screenwriters will return to Lucasfilm to begin their journey to a galaxy far, far away.

Not our only hope - more 'Star Wars' content is to come

Despite the loss of this particular project, the franchise still has plenty to offer over the new few years. In less than a month, Disney+ will launch in the United States, and with it 'The Mandalorian' will become available for streaming, the new Jon Favreau series starring Pedro Pascal. On the 20th December comes the premiere of 'Star Wars: The Rise of Skywalker', directed by J.J. Abrams, the last film of of the saga and its final trilogy. Also set to continue the 'Star Wars' stories are the series 'Star Wars: Obi-Wan Kenobi' with Ewan McGregor and 'Cassian Andor', with Diego Luna stepping in to reprise the titular role. We can also expect to see a project led by Kevin Feige and a trilogy directed by Rian Johnson. Johnson's trilogy was another series that seemed to be in danger of cancellation once Benioff and Weiss had been signed for their own, but their sudden departure has left fans questioning whether Johnson's trilogy will take priority as a result, perhaps even making them the next 'Star Wars' films we see on the big screen.