It's less than three months to go before we can watch the grande finale that Disney has lined up to close the third trilogy of the 'Star Wars' saga. This highly anticipated film is preceded by the entire expansive universe created before the house of mouse purchased the rights from George Lucas. 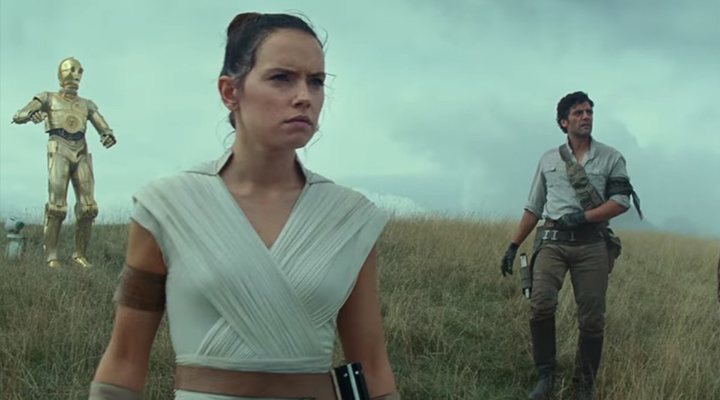 A few days ago, we were able to catch a glimpse of the look that will be worn by Dominic Monaghan (one of the new recruits) in 'Star Wars: The Rise of Skywalker', and now it has been revealed that the ninth episode will aim to answer two questions that fans have been asking since the beginning of time. According to a statement made for Empire by co-screenwriter of the film, Chris Terrio, the film will be about Rey's origins and the limits of the Force's power.

"We kept coming back to 'Who is Rey?', and how can we give the most satisfying answer to that not only factually - because obviously people are interested in whether there's more to be learned of Rey's story - but more importantly who is she as a character?", commented Terrio. He then added to this another huge question that has yet to be answered: "How strong is the Force? It sounds a little simple, but actually when you get down to it, that is a sort of Zen Koan that we would really meditate on - not literally in yoga poses or anything, but like we would discuss, 'What is the Force and how strong is the Force?'".

J.J. Abrams will return to the director's chair for the ninth episode, and will delve into the complicated relationship between Kylo and Rey, which could lead to a Rey that teeters ever closer to the dark side. Amongst the returning characters we have Billy Dee Williams as Lando Calrissian, and the mysterious reincarnation of Emperor Palpatine. 'Star Wars: The Rise of Skywalker' will arrive in cinemas across the world on the 20th December.