The adaptation of 'Little Women', directed by Greta Gerwig, wins praise from critics

'Little Women', the new film directed by Greta Gerwig, demanded attention from the start. Firstly, because it would serve as the sixth on-screen adaptation of Louisa May Alcott's novel of the same name and, secondly, due to the legion of well-known actors and actresses who soon joined the cast. After the showing organised by the Screen Actors Guild, union and critics alike united in their praise of the film, so much so that 'Little Women' could have a serious chance of clinching some highly coveted Oscar nominations. 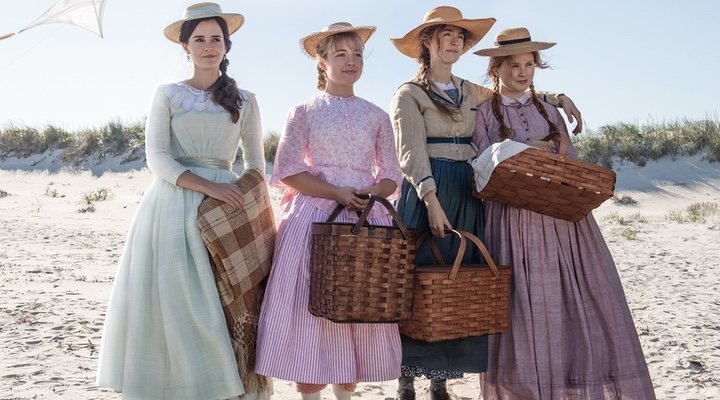 The first reviews called the film "fresh", "heartfelt" and "delightful" according to Entertainment Weekly, whose own critic David Canfield confirms that "Greta Gerwig delivers a both passionately faithful and gorgeously original take". For his part, critic for The New York Times, Kyle Buchanan, defined the film as "Louisa May Alcott meets '21 Grams'", where a large part of the story is told through flashbacks and scenic contrasts. Variety chimed in to applaud the message of female empowerment and independence emphasised by Gerwig's take on the classic novel.

Aside from Gerwig herself, the standout star of the film seems to be actress Florence Pugh, who has been raking in praise for her portrayal of Amy March. According to Twitter user Jakob Kolness, Pugh gives such a brilliant performance that she "makes Meryl Streep her bitch". It's been a successful year for Pugh since the releases of 'Midsommar' and the miniseries 'The Little Drumming Girl', and the young actress doesn't plan to stop there. We'll also be able to see her take to the screen as Yelena in the long-awaited 'Black Widow' film in 2020.

A chance at the Oscars?