'Lucifer': Netflix hopes to renew the devilishly good show for a sixth season

Fallen angels have more fun, right? 'Lucifer', starring Tom Ellis in the titular role of the devil himself, could continue for at least one season more than fans originally expected. When Fox cancelled the series after three seasons, Netflix stepped in and added a fourth season to the repertoire, after which a fifth was quickly announced, which was allegedly intended to function as the grand finale to the series. However, thanks to TVLine, we've heard that Netflix could be pushing for a sixth season and are in talks with Warner Bros to ensure that the deal is signed as soon as possible. 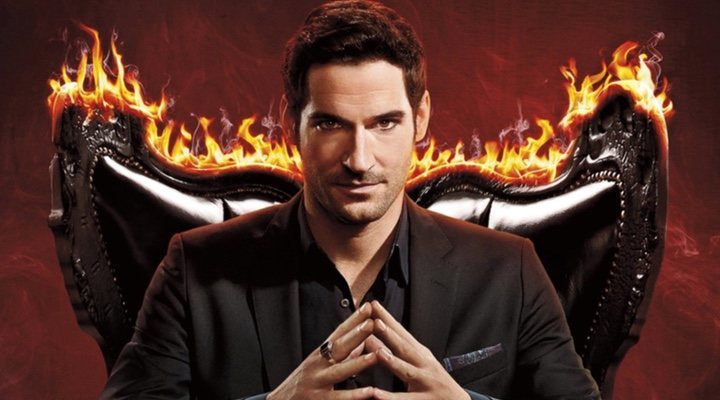 This news has dropped before the fifth season has even hit the air, with its two batches of eight episodes (sixteen episodes in total) set to launch over the course of the year, though the specific release date has yet to be confirmed. Despite announcing that this fifth season was intended to be the last one of the series, it looks as though Netflix is ready to make another deal with the devil to keep Lucifer's story expanding for at least one more season.

Is Netflix playing with (hell)fire with this bet?

Attempting to renew a series for a sixth season whilst Netflix is still in the process of finalising the production of the fifth seems like a risky move, though it does speak volumes about the platform's confidence in 'Lucifer' and its continued success. It's important to note that although the series has not always enchanted the critics, 'Lucifer' has a large fan community full of viewers passionate enough to campaign against the show's cancellation after it was dropped by Fox. This love for the show has not dwindled under the management of Netflix, with the fourth season receiving an overwhelmingly positive reception amongst the fans and becoming the most streamed show of 2019. Clearly, both Netflix and the fans have faith in the show's success, and they have the viewing rates to back it up. The devil, it seems, could be sticking around for a little longer.