'Locke & Key': An insight into the supernatural horror Netflix series based on the comic by Stephen King's son

The superstitious phrase "third time lucky" is highly applicable to the new series 'Locke & Key'. Over the years, there have been two attempts to adapt this successful comic book series to the screen, firstly with Fox in 2010 and then with Hulu in 2017, but neither of these efforts managed to get past a pilot episode. 'Locke & Key' seemed fated to forget its small-screen ambitions until Netflix came along and created a 10 episode season that will be available for streaming from the 7th February. 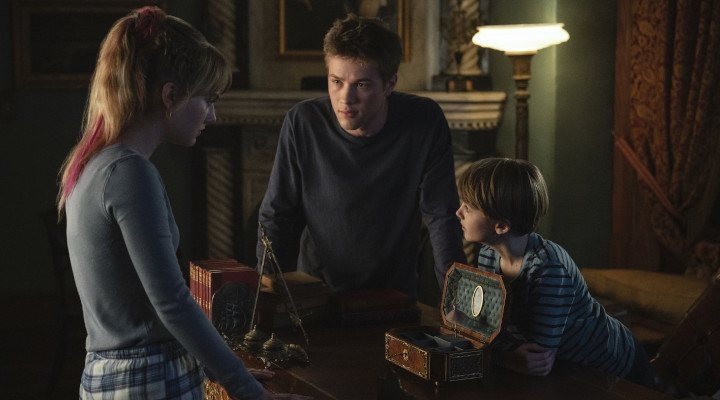 The series will follow the Locke family as they move to their ancestral seat in Massachusetts, Key House, after their father's premature death. Hidden in nooks and crannies around the imposing old house, the Locke siblings stumble upon a set of keys that appear to possess supernatural powers. With the discovery of the keys comes another, darker realisation however: someone, or something, is lying in wait for Bode, the youngest sibling. A voice calls to him from the bottom of a well and its owner is a mysterious girl with raven hair who seems intent on communicating with the Lockes, for better or for worse.

'Locke and Key' is based on the comic book series of the same name. The series is illustrated by Gabriel Rodríguez and is written by Joe Hill, son of the one and only Stephen King - writing bone-chilling horror apparently runs in their family, as Hill is also a recognised horror novelist. 'Locke & Key' is a critically acclaimed set of works particularly praised for its writing and evocation of atmosphere, the combination of which should translate into a huge on-screen success for Netflix. In preparation for the arrival of the series, we've put together a list of the keys (pun intended) to the formula of 'Locke & Key' that make it such a beloved tale by fans of supernatural horror.

The Keys to the Formula of 'Locke & Key' 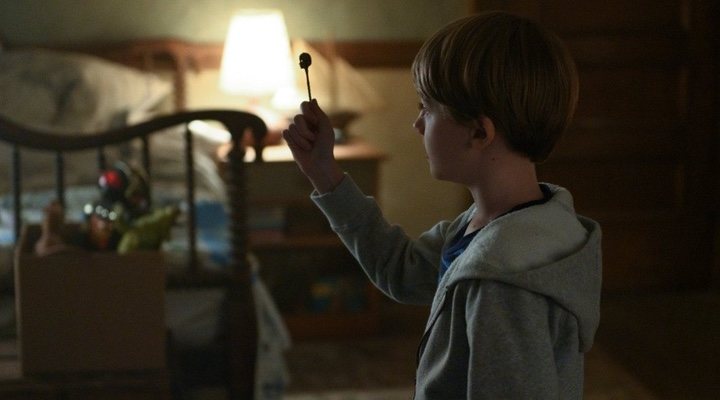 Perhaps the most fascinating aspect of the premise is the concept of enchanted keys. Each one holds within itself a power that is transferred to the one who wields it. The audience receives a shocking demonstration in the trailer, when Bode is able to separate his soul from his body after discovering an ominous skull-shaped key.

However magical these keys may be, this twist in the trailer shows that they can be exceedingly dangerous when used unwittingly. It is in their attempts to balance their interest in the keys with the threats they can bring that forms the crux of the adventures had by the Locke siblings. It remains to be seen whether the series will stick with the keys introduced in the comic book series or whether they will create their own as we delve into the hidden corners of Locke House over the course of the show.

2 A Modern Take on Horror 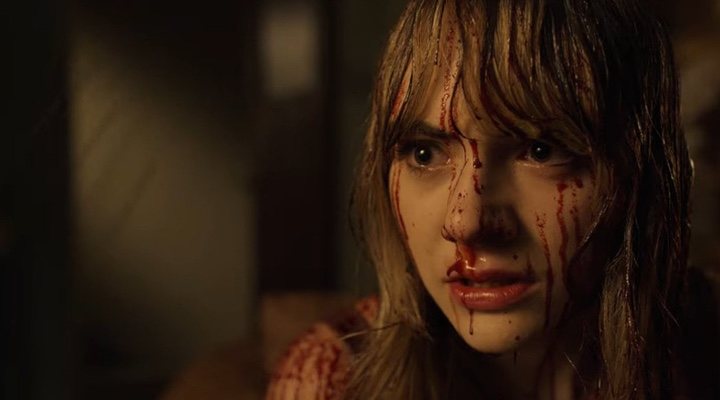 'Locke & Key' is based on an addictive mix of horror and adventure with a generous dose of mystery as the audience uncovers the world through the eyes of the young protagonists. Bode's innocence does not make him exempt from facing the horrors of Key House: the stakes are high, and so the suspense quickly ratchets up. The combination of pure fantasy with dark danger gives the series a somewhat Brothers Grimm-esque vibe that feels like a fresh and exciting take on on-screen horror.

3 The Mystery of Key House 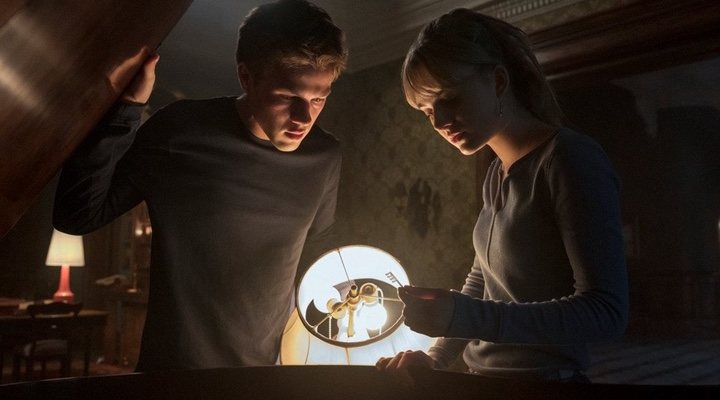 The death of the Locke patriarch, the mysterious origin of the keys and the identity of the girl in the well combine to form an story that has us guessing from the moment the trailer ends. As a 10 part series, the answers will be spread out across various episodes, leaving viewers to piece the truth together like a tantalising puzzle. The setting of the imposing Key House, with its walls full of secrets and doors waiting to be unlocked, perfectly compliments this already suspenseful tone. 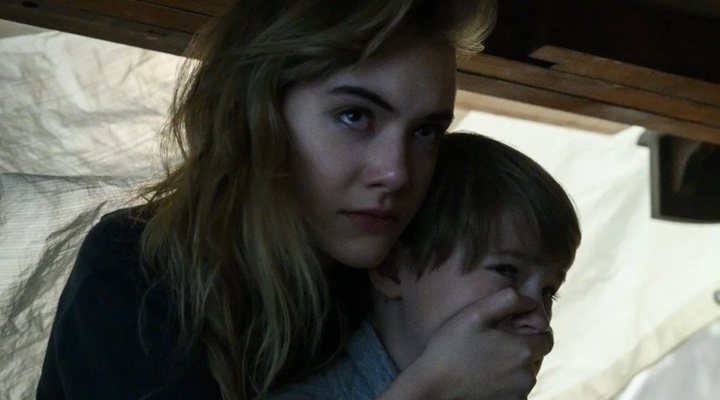 'Locke & Key' calls for gifted young actors to carry the weight of the story with success and so Netflix has carefully chosen a cast formed both by fresh talent and some familiar faces.

The British actress Emilia Jones stands out in particular, having already starred in several large-scale television productions such as 'Doctor Who' and films such as 'Ghostland' and 'Horrible Histories: The Movie', with her work winning her a nomination at the BAFTA Children's awards. Also joining the ranks of the Locke siblings are Connor Jessup ('American Crime', 'Falling Skies') and Jackson Robert Scott ('It').

This cast is balanced by veteran television actors such as Aaron Ashmore ('Smallville', 'Veronica Mars') and Steven Williams ('Supernatural', 'The X Files').

5 Three Showrunners for the Price of One 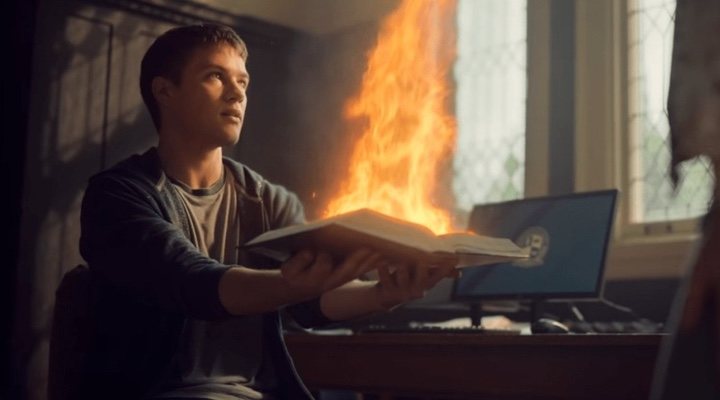 Unlike many other productions, 'Locke & Key' is the joint effort of three showrunners and scriptwriters: Carlon Cuse ('Lost'), Meredith Averill ('The Haunting of Hill House') and Aaron Eli Coleite ('Star Trek: Discovery'). These three showrunners boast a wide range of experience on various shows that have left their media mark on a generation.

All three also have considerable expertise in the genres of suspense and mystery - 'The Haunting of Hill House' sets an excellent precedent for what we can expect of Averill's take on Key House, for example. They say too many cooks spoil the broth, but with these three television masterchefs at the helm, 'Locke & Key' could not be in better hands.

6 The Balance Between Faithful Adaptation/Independent Identity 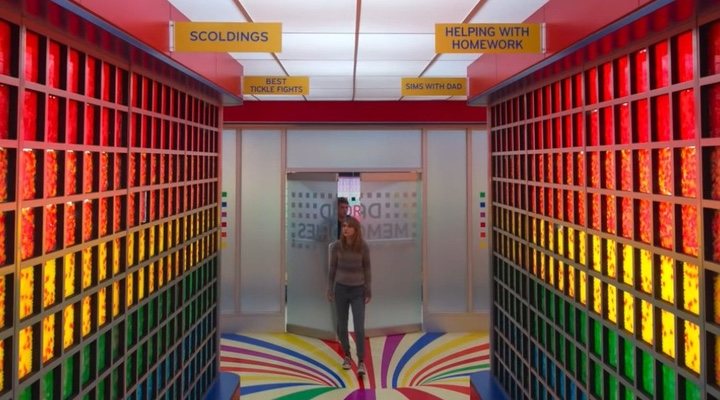 It is impossible to adapt a literary work to the screen and not have legions of fans compare it to the original and stand ready to pounce on any detail or decision that doesn't line up with the original work. 'Locke & Key' appears to have found a balance between faithfulness and originality: the trailer and first stills from the series, as well as the fact that Joe Hill is serving as executive producer, suggest that the series will be loyal to the source material, yet 'Locke & Key' is not interested on being a carbon copy of the comics.

In interviews, another executive producer, Carlton Cuse, made his love for the original material clear but hinted at the possibility of changing the conclusion of the story slightly in order to adapt it for the television format. Though it is as of yet unclear as to how much 'Locke & Key' will deviate from the comics, it's clear that the team behind it are keen to attract old fans by paying homage to Hill's work, but also to draw in new ones with their fresh spin on the story. 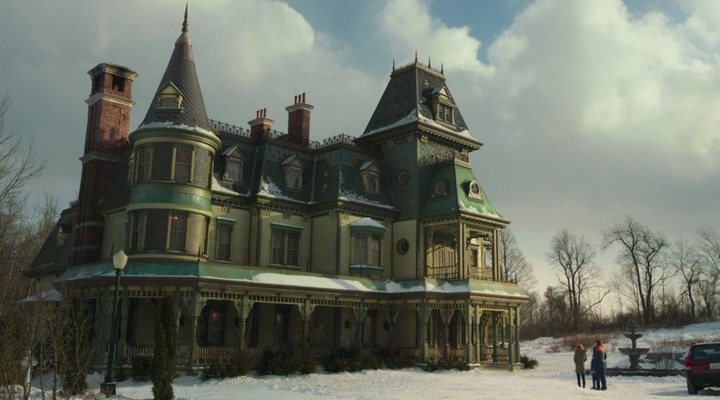 The comic book series 'Locke & Key' has been inundated with praise from critics and readers alike for its addictive story, stunning artwork and enticing writing, the combination of which attracted thousands upon thousands of readers from its first issue in 2008 to its conclusion in 2013. 'Locke & Key' received many coveted awards as as a result and won the British Fantasy Award for Best Comic or Graphic Novel twice, once in 2009 and once in 2012.

Writer Joe Hill has also garnered a lot of attention for his work on the series and, in 2011, was nominated for three Eisner Awards: Best Single Issue, Best Continuing Series and Best Penciller.