'Mad Max': Richard Madden and Jodie Comer are the favourites to star in a prequel about Furiosa's origin story

Ever since the 2015 film 'Mad Max: Fury Road' breathed new life into this tale of survivors stretched across an apocalyptic wasteland, fans have been clamouring to see more films in the same vein and rumours about sequels, prequels and continuations have been tossed around for years. Over the past few weeks however, one rumour has grown from a whisper to a shout as a prequel following the character of Imperator Furiosa, portrayed by Charlize Theron in 'Fury Road', is said to be in the works. Although the production companies associated with the franchise have yet to confirm anything about this alleged project, rumours are gathering wind and it appears as though George Miller's latest project could be moments away from getting the green light. 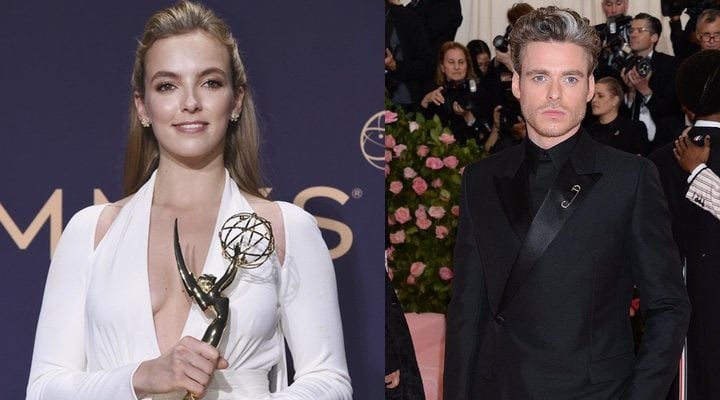 According to The GWW, Warner Bros. and Miller are currently wrapped up in who they would choose to fill the shoes of Charlize Theron and Tom Hardy in leading the project, with Jodie Comer ('Killing Eve') and Richard Madden ('Game of Thrones') the current favourites. Were the rumours true, Comer would be set to portray a younger Furiosa whilst Madden would play a character about whom very little is known other than that he is a beautiful man with a distinct forehead wound held together by chrome staples.

Comer and Madden are not the only recognisable names to be associated with this potential prequel, with Yahya Abdul-Mateen II ('The Get Down') also said to be amongst those being considered to star in the project. At the moment, next to nothing is known about the finer details of the plot, though we know that Miller will be acting as writer and director of this currently untitled film.

If our educated guesses are correct, then all signs point to this Furiosa prequel starting production later this year, five years after the release of 'Mad Max: Fury Road'. According to the information currently available, this project would likely be the next priority on Miller's list after he finishes working on current project 'Three Thousand Years of Longing', a fantastical romance set to star Idris Elba. Should production begin on-set in Australia at the end of 2020, we can expect the film to be released in cinemas worldwide in 2021 or 2022.