What a stressful day at work that must have been! The cast and crew of 'Eternals' had to be evacuated from their base in Fuerteventura after a bomb was discovered on set. Upon identifying the bomb, the crew hastily notified a team of experts in disarming explosives who informed them that the device was in fact a Nazi weapon dating back to the Second World War. Although this is perhaps not so surprising given that this particular Canary Island was used as a military base by the German Army during the war, we are willing to wager that it came as a shock to the cast and crew. 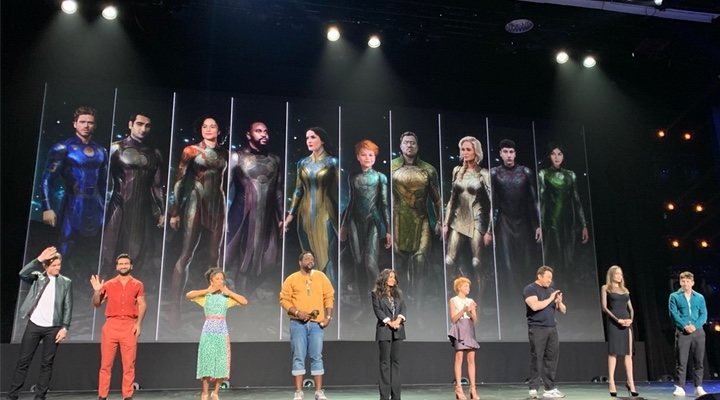 At the moment of the bomb's discovery, both Angelina Jolie and Richard Madden were present and shooting a scene on set for the film, with the Californian actress set to play Thena whilst Madden will portray Ikaris. Luckily, neither actor nor any of the crew were wounded.

Although the bomb was disposed of safely and securely, there will be a delay in resuming filming whilst the site continues to be thoroughly explored to ensure that no further bombs remain hidden on the island.

One crew member told The Sun that the bomb had remained intact for decades, though its longevity did not lessen the panic felt by the cast and crew upon seeing it. "It was obviously terrifying...who knows what might have happened it it was disturbed".

Who are the 'Eternals'?

In the Marvel comics, the 'Eternals' are a race of immortal superheroes created by the Celestials (a group of ancient and godlike extraterrestrial beings) to defend our planet.

The film has Chloé Zhao at the helm as director and an impressive cast full of household names such as Salma Hayek and Kit Harington set to appear alongside Jolie and Madden.

The film's release date is currently predicted to be the 6th November 2020.