The criticism directed towards Quentin Tarantino due to his treatment of female characters is an ongoing debate that, after the release of his latest film, 'Once Upon a Time In Hollywood', has been reignited with more intensity than ever. During the film's premiere in Cannes, a journalist criticised the filmmaker for limiting the role played by Margot Robbie's character in the film, whose dialogue and overall importance to the story were shockingly minimal. Tarantino categorically denied this, replying: "I reject your hypothesis". His words went viral and people have been coming out in droves both to criticise and defend the director, and his portrayal of women in cinema, ever since. 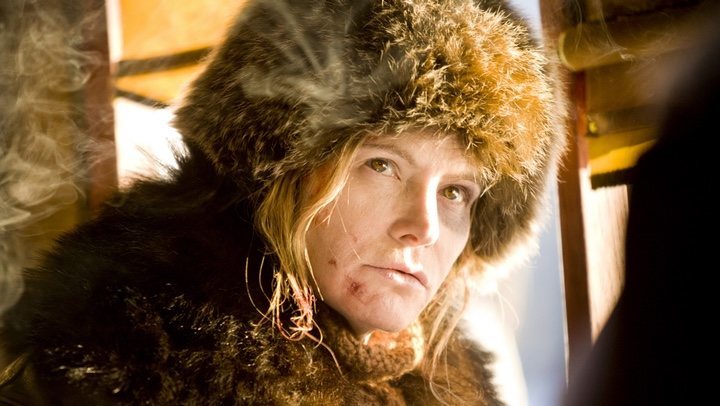 The documentary 'QT8: The First Eight', directed by Tara Wood, hit US cinemas on the 21st October. The documentary covers the first 21 years of Tarantino's career and, within that time period, all of the female characters that have appeared in his extensive filmography. Though Tarantino has been praised for characters such as Jackie Brown and The Bride ('Kill Bill') and criticised for others such as Broomhilda ('Django Unchained') and Daisy Domergue ('The Hateful Eight'), who many viewers consider to have been abused and mistreated, the director has the staunch support of the actresses who have worked with him, as indicated by IndieWire.

"He writes women like nobody's business", says Jennifer Jason Leigh, who portrayed the controversial character of Daisy Domergue. The actress cites 'Jackie Brown' as an excellent example, praising Pam Grier for a performance that is "so amazing and so beautiful and so flawed and so desperate, and yet so steely". Lucy Liu, who worked with Tarantino on 'Kill Bill', applauds the director for not creating strong female characters to make his films stand out as part of an advertising stunt. "To him, of course it makes sense these are women that are fighting or are leaders. For him it's just natural".

One of Tarantino's most frequent collaborators is actress Zoë Bell, who also speaks highly of the director. Bell was Uma Thurman's stunt double in 'Kill Bill' and, since then, has worked with the director on all of his projects, winning a leading role in 'Death Proof' and appearing in an unexpected cameo in 'Once Upon a Time In Hollywood'. This obvious specialist in Tarantino's works says that he "makes roles for women that he wants to see". The actress and stuntwoman did not hesitate to make her support of the director clear: "That's the thing with Quentin's dialogue. A couple of men would be like, 'Well women don't really talk like that.' And I was like, 'Oh that's cute, because we really do.' Women would come up to us and be like, 'Is he a woman on the inside?' And yeah, he's kind of a woman on the inside".

Bell also agrees that "it's an interesting conversation to have these days, girl power and equality. It sort of feels like it's all coming to a head. The biggest feat is making it normal that we are in lead positions as opposed to it being the fight. That's where Quentin is a priceless ally. I don't think he needs to sit in an interview and be like, 'Listen women should have these roles.' He doesn't have to drive it because he's just presenting it as such".

However, there is one actress not cited in the IndieWire article who may not appear in the documentary to sing Tarantino's praises: Uma Thurman. It's important to bear in mind that the actress suffered a nearly fatal accident during the filming of 'Kill Bill' that ended the professional relationship between her and Tarantino for years.

'Once Upon a Time In Hollywood' is a name that pops up in every betting pool for which films are likely to receive the nominations for the most important and coveted Oscar awards. Best film, best original screenplay, best director and best leading actor could be, amongst others, the statuettes that Quentin Tarantino's latest flick will be fighting for.

The criticism surrounding the minimal screen time of Margot Robbie (as Sharon Tate), though dismissed by many viewers of the film, is what could potentially prevent the actress from receiving a nomination. Tarantino, however, defends the character's role: "I thought it would be both touching and pleasurable and also sad and melancholy to just spend a little time with her, just existing", explained Tarantino. "I didn't come up with a big story and have her work into the story so now she has to talk to other characters and move a story along. It was just a day in the life...driving around, running errands, doing this, doing that, and just being with her. I thought that could be special and meaningful. I wanted you to see Sharon a lot, see her living life. Not following some story, just see her living, see her being."

After its run in North American theatres, 'QT8: The First Eight' will be available on VOD platforms from the 4th December.