At the start of the year, Netflix had an incredible hit with Alfonso Cuarón's 'Roma', which took home the Oscars for Best Cinematography, Best Director and Best Foreign Language Film. It's clear that Netflix already has a candidate for this year's entry in the competitive Oscar race with 'The Irishman'. 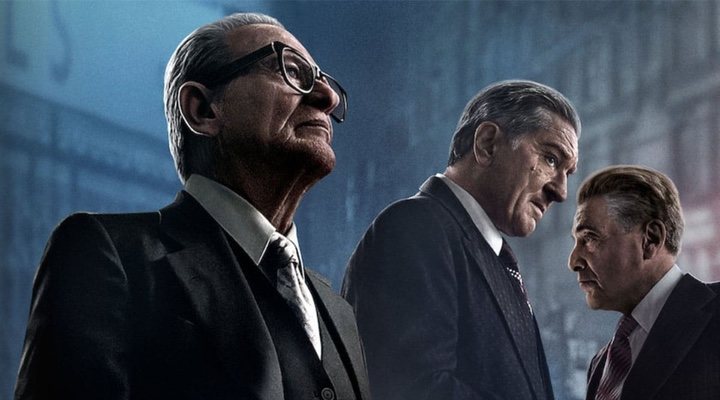 The first reviews of the film came through after the film's successful debut at the New York Film Festival last week, at which it was received well by critics and audiences alike. Indiewire's Anne Thompson describes it as "an oddly mature, slowed-down mashup of Scorsese's familiar New York gangsters with Coppola's 'Godfather' universe", an opinion shared by Variety's Marc Malkin, who named the film a "coldly enthralling knockout".

Since its release, 'The Irishman' has been amongst the films in the betting pool for this year's Academy Award nominations alongside Quentin Tarantino's 'Once Upon a Time in Hollywood'. Marc Malkin praises the performances of the leading actors, particularly those of Al Pacino and Robert De Niro. Although he considers Al Pacino's turn as the powerful train union president Jimmy Hoffa the standout, according to Malkin it's likely that Pacino will "be pushed to supporting while Robert De Niro goes for the leading title for his work as the titular Frank Sheeran". He adds that Joe Pesci's decision to come back from retirement to fulfil the role of Russell Bufalino could impress the voters and earn him a nomination for Best Supporting Actor alongside Pacino.

We can't forget the director, Martin Scorsese. Scorsese has been nominated nine times for Best Director (winning once in 2006 for 'The Departed') but Thompson assures us that we can "count on nominations" for Scorsese and fellow screenwriter Steve Zaillian, making this Scorsese's tenth go at the Academy Awards.

As the film spans thirty years, from the 60s to the 90s, the film utilises special effects to de-age its leading actors. This technical feat has led Thompson to predict that 'The Irishman' will receive nominations for special effects and wardrobe, as well as the "impeccable editing" of Thelma Schoonmaker.

With predictions such as these, Netflix can expect to be one of the frontrunners at the Oscars.

Why all the hype?

It's clear that this three-hour-long historical drama epic has caught the attention of the critics (and perhaps Oscar voters), but what is 'The Irishman' about? Adapted from the book by Charles Brandt and based on a true story, 'The Irishman' stars Robert De Niro as Frank Sheeran, an Irish-American veteran who is hired as a hitman by the mafia. At the start of the film, Sheeran is an elderly man residing in a nursing home who looks back on three vibrant and bloody decades of his life, from the 60s to the 90s, in which he was caught up in a conflict between his mafia handler Russell Bufalino (Pesci) and Jimmy Hoffa (Pacino), a trade union president.

You can place your bets for 'The Irishman' at the Oscars when it premieres in UK cinemas for a limited theatrical release from the 1st November and then on Netflix from the 27th November. See the trailer for Scorsese's Oscar frontrunner below.