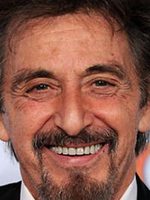 Actor and director of film and theater, winner of many awards, including Oscars, Emmy, Golden Globe, SAG, BAFTA, AFI and Tony. It is considered one of the best players in history, famous for playing mobsters, including Michael Corleone in the trilogy The Godfather, Tony Montana in Scarface 'Alphonse in' Big Boy Caprice 'in Dick Tracy, to Lefty Ruggiero in 'Donnie Brasco' and Carlito Brigante in 'I Carlito's Way'. His role as Frank Slade in "Scent of a Woman" won him the Oscar for Best Actor in 1992 after receiving several previous nominations. His debut came in the movie "Me, Natalie '(1969) with a brief supporting role before playing the lead role in the drama" The Panic in Needle Park' (1971). However, its fullness as an actor came with the role of Michael Corleone in "The Godfather" in 1972, for which he was nominated for an Oscar as best supporting actor. It also has great presence on stage, winning the Tony Award for "Does a Tiger Wear a Necktie? ' and "The Basic Training of Pavlo Hummel '.

Al Pacino has been active for 48 years, participating in 32 movies that average a 6.8/10 score. 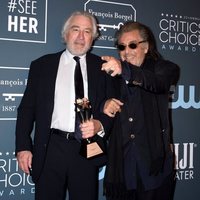