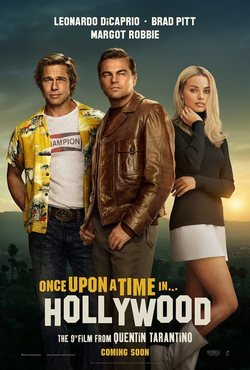 In the summer of 1969 in Los Angeles, alcoholic actor Rick Dalton (Leonardo DiCaprio, 'The Wolf of Wall Street') and his long-term stuntman and best friend, Cliff Booth (Brad Pitt, 'Ad Astra'), watch their fame diminish as Rick struggles to find meaning in the changing landscape of Hollywood after a successful career as a leading actor in 1950s Westerns. Living next door to Dalton is Sharon Tate (Margot Robbie, 'I, Tonya') and her husband Roman Polanski (Rafal Zawierucha, 'Jack Strong'), who Dalton hopes can propel him back towards stardom with their connections to this "new" Hollywood that he is struggling to recognise and in which he doesn't feel he belongs. In the days approaching the famous Tate-LaBianca murders, Cliff notices that Spahn Ranch, a former filming location for himself and Rick, has turned into a hippy commune that revolves around Charles Manson (Damon Herriman, 'Mr Inbetween'). In this reimagining of 1960s Hollywood and the Manson family, Quentin Tarantino rewrites the brutal murder of Sharon Tate and her unborn child whilst also penning a love letter to Old Hollywood. 'One Upon a Time in Hollywood' is written and directed by Quentin Tarantino. Also joining the cast are Emile Hirsch ('Into the Wild'), Austin Butler ('The Shannara Chronicles'), Dakota Fanning ('The Alienist'), Al Pacino ('The Godfather') and Margaret Qualley ('Fosse/Verdon').

Cast Once Upon a Time... in Hollywood

'Once upon a time in... Hollywood' premiere in London

'Once upon a time in... Hollywood' premiere in Berlin

'Once upon a time in... Hollywood' clip: Cliff, Randy and Rick 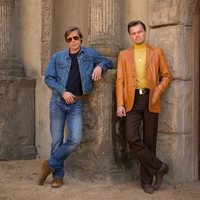 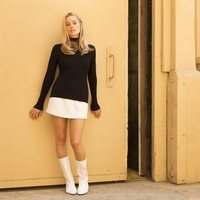 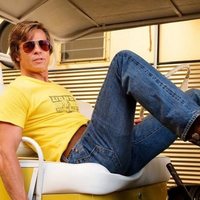 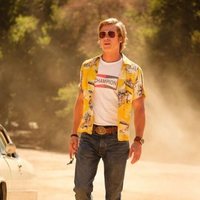 Reviews Once Upon a Time... in Hollywood

?
Write your own 'Once Upon a Time... in Hollywood' review.

Trivia Once Upon a Time... in Hollywood

This will be the first feature film in four years, after winning an Oscar with 'The Revenant'. Samuel L. Jackson, Jennifer Lawrence, and Tom Cruise were in talks for roles, though Brad Pitt was ultimately cast in the role for which Cruise auditioned. This is Luke Perry's last movie to be released posthumously, after suffering a massive stroke in late February 2019 and ultimately passing away March 4, 2019. The movie is set to release in July. The man he portrays, Wayne Maunder, died the previous year.