'The Irishman' hit Netflix last Wednesday after a limited cinematic release that brought plenty of esteem and positive reviews rolling in for the gangster epic. It is, without a doubt, one of the biggest releases of the year, but the controversial statements made recently by its director, Martin Scorsese, about cinema have generated a tidal wave of memes about exactly how audiences must watch and appreciate his film. 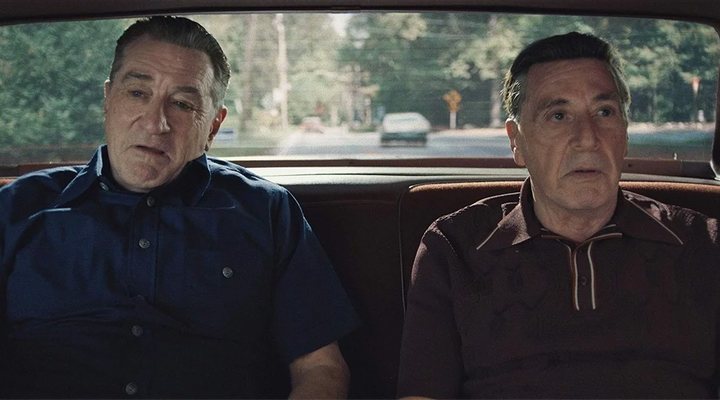 'The Irishman' is an exceptionally long film (three and a half hours, to be exact) and its hefty duration was one reason for which we were already daydreaming about curling up in front of Netflix to watch the genius of Scorsese at work, but the (at times) wonderful world of Twitter has given us many amusing alternatives. "The way Scorsese intended" is the phrase that meme-makers have latched onto as they joke about how to watch 'The Irishman' outside of the movie theatre. Will you, dear viewer, be following any of their suggestions on how to watch 'The Irishman'?

Watching #TheIrishman on my smartwatch, just like Scorsese intended. pic.twitter.com/l2gTOe4cjq

Watching irishman the way Scorsese intended. This is how cinema was made to be seen pic.twitter.com/GOJ2cVDNsx

I will watch "The Irishman" as Martin Scorsese intended, on an iPhone while hiding from my kids in the bathroom, broken up into 17 parts over 2 1/2 weeks.

watching The Irishman as Scorsese intended, on my 3DS hiding during thanksgiving dinner as my extended family argues over the legality of abortion pic.twitter.com/uWPb2IBMt9

Time to view The Irishman in the way that Scorsese intended. pic.twitter.com/KGVrcmlQXw

About to watch The Irishman the way Scorsese intended pic.twitter.com/kDebbuaKXs

time to watch the irishman the way scorsese intended pic.twitter.com/fBOYw2XdHJ

Back down to business

Taking a break from Twitter now, we turn to those audience members who would genuinely struggle to sit through three and a half straight hours of film. We don't all have the free time required to get ourselves down to our local cinema or to watch the film in one sitting on Netflix. Regardless of cinematic intentions, it is Scorsese's longest work and Twitter users such as @dunerfors have created handy guides on how to watch 'The Irishman' in parts, as though it were a mini-series. Even though a single-sitting viewing would perhaps have the strongest impact, this seems to be the best alternative for die-hard Scorsese fans who simply don't have the hours nor the energy to spare for a binge-watching session.

Seen a lotta people dunking on this and I get it but y'know what, literally an hour ago another parent of two was asking how the hell he was gonna watch this movie that he badly wants to see because sometimes when you're a parent you don't have 3.5 consecutive hrs to yourself ????? pic.twitter.com/8KPsi0D7sZ