First trailer for 'Crisis on Infinite Earths', the Arrowverse crossover

With this year marking the most ambitious cinematic crossover in history with the epic conclusion of 'Avengers: Endgame', the television industry did not want to be left behind. The Twitter account for 'Batwoman' is already starting to promote television's answer to 'Endgame' with the first glimpse of 'Crisis on Infinite Earths', the jewel in the Arrowverse crown and the most impressive crossover ever to hit the small screen. 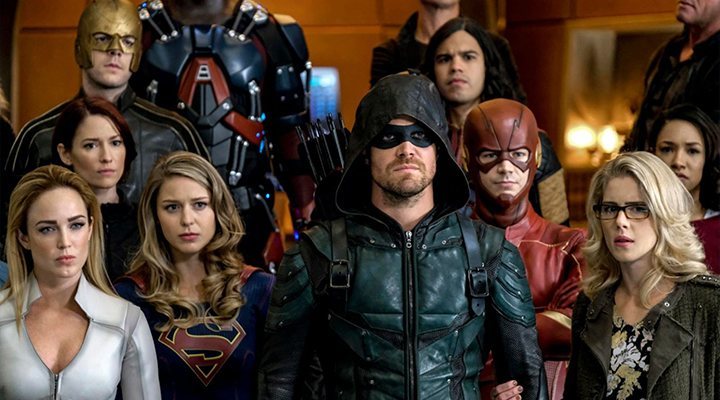 A crisis is coming. The 5-episode crossover begins Sunday, December 8 on The CW, presented by @boostmobile. #CrisisOnInfiniteEarths pic.twitter.com/EsAVbzdB5u

This large-scale project has its roots in the comic book of the eighties written by Marv Wolfman and George Pérez, though it is Arrowverse producer Greg Berlanti who will take be at the helm of the crossover's translation to the small screen.

"I never feel anything other than a sense of responsibility", Berlanti told EW when asked about his adaptation of this beloved comic, "Whenever we do an iconic story line or we so something that reminds us really vividly of one of those books that meant a lot to us, we have a sense of pressure and obligation of 'Oh wow, we really don't want to mess this up' even more so than we usually do. So that fear overrides any kind of other emotion".

The crossover commences with its first instalment on the 8th December in 'Supergirl' and will continue soon after in episodes of 'Batwoman' and 'The Flash' on the 9th and 10th December. After a short hiatus, the story will conclude with a double episode on the 14th January split across the series 'Arrow' and 'Legends of Tomorrow'.