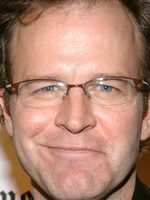 Actor, director and film and television writer. He born in New Jersey in 1966, where he graduated from high school by the New Secondary School of New Providence and later entered the Boston College until 1988, where he spent to conduct studies of Dramatic Art at the Drama School of Yale University New Haven (CT). He began his career in the 90s, in films such as 'Crossing the Bridge' (1992), 'Rift' (1993) or 'Conspiracy Theory' (1996), where he worked alongside Mel Gibson and Julia Roberts. He began his professional career in 1992, during these years he has acted in numerous movies and television, he has also directed and written screenplays films of great international prestige, among which '2012' (2009), 'Meet the Parents (2000) and 'Up' (2009). Moreover, McCarthy has also had recurring roles on several different television series. Emphasizes the role of Kevin Riley, who played between 2000 and 2001, over 14 episodes of the 'Boston Public' series; Donald Housman in 'Law & Order' and Scott Templeton in The Wire. On the personal side, he is married to Wendy Merry, with whom he has a son.

Tom McCarthy has been active for 14 years, participating in 5 movies that average a 7.1/10 score. 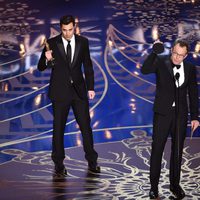