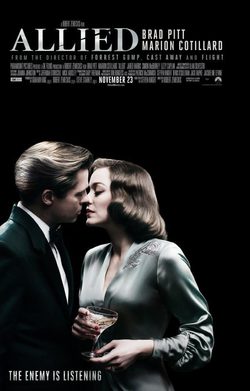 'Allied', previously known as 'Five Seconds of Silence', is Robert Zemeckis' new film starring Brad Pitt and Marion Cotillard. Set in 1942 during the Second World War, 'Allied' tells the story of Max Vatan (Pitt) an Allied French-Canadian counter-intelligence agent that falls in love with a French Resistance agent named Marianne Beausejour (Cotillard) during a dangerous mission in Casablanca where they were sent to kill a German officer. Years later, after getting married and having a child together, he will be notified that the love of his life might have always been a Nazi spy so his love will be tested. In the film, which has been written by 'Eastern Promises' and 'Locke' scriptwriter Steven Knight, also appears Lizzie Caplan and Matthew Goode among others. 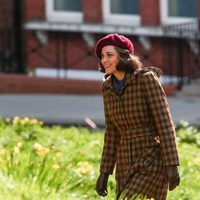 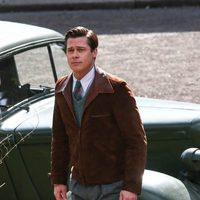 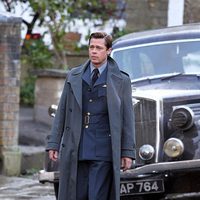 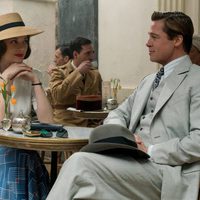 ?
Write your own 'Allied' review.

This is the fourth WWII themed movie in which Brad Pitt appears, following 'Inglorious Basterds', Beyond Boundaries' and 'Fury'. Meanwhile this is the second time Marion Cotillard stars in a WWII themed film. The moroccan city of Casablanca (in the context of WWII) plays a big role in the movie although the stand in for this city was Las Palmas de Gran Canaria, Canary Islands. Las Palmas de Gran Canaria, the capital of Gran Canaria, where some scenes were filmed, was ranked as the city with the best climate in the world in a 1996 scientific study called "Pleasant Weather Ratings" by Thomas Whitmore, director of research on climatology at Syracuse University, New York. One of the main reasos why so many film productions choose Canary Islands for their shootings.