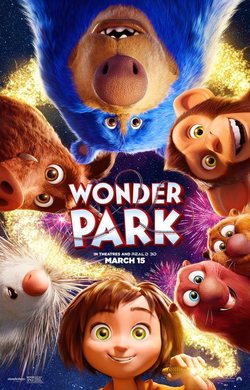 'Wonder Park' tells the story of June, a young girl with a wild and expansive imagination that enjoys to design and create anything that comes to mind, even if it's an elaborate amusement park. When her beloved mother falls ill, June's life starts to crumble at her feet and she decides to forget about her creations and focus on supporting her father, who sends her to math camp so that she spends time with kids her own age. After escaping from the bus bound for the camp, June discovers an old wagon that takes her to 'Wonderland', the amusement park that she and her mother had imagined. All the characters and the attractions live on, but when June stopped playing imaginary games with them, chaos descended on the amusement park in the form of an ominous force known as the Darkness. June must delve back into the magic world she'd sworn to forget to save her creations, and perhaps also saving herself along the way. This family-friendly animated film was produced by Paramount Pictures and Nickelodeon Movies. The star-studded cast loaning their voices to the film include Jennifer Garner ('Love, Simon') as June's mom, Mila Kunis ('The Spy Who Dumped Me') as Greta, Ken Hudson Campbell ('Home Alone') as Boomer, Ken Jeong ('Community') as Cooper, Kenan Thompson ('The Awesomes') as Gus and Matthew Broderick ('Ladyhawke') as June's dad. Hide full plot... Show full plot 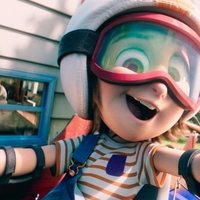 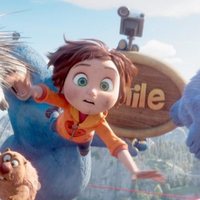 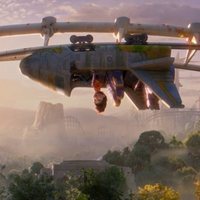 ?
Write your own 'Wonder Park' review.

The first of 3 Nickelodeon Movies Films to release in 2019. The other 2 would later be 'Dora, la exploradora' (2019) and 'Are You Afraid of the Dark?' (2019). In addition to being the first of 2 Paramount Animation Films to release in 2019, with the other later being 'Sonic the Hedgehog' (2019). Originally was intended to release on August 10th 2018, but it was moved to March 15th 2019 to avoid competing with Disney's 'Christopher Robin' (2018). The amusement park in this movie is called "Wonderland". There is an amusement park in Ontario, Canada that is commonly known as Wonderland, although its full name is "Canada's Wonderland". It was previously owned by Paramount, one of the production companies for this film.