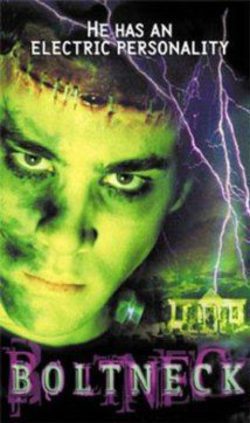 Reading, writing, and raising the dead...that's what high school's all about in this lightning and hormones horror-comedy. Frank Stein (Mathew Lawrence), a genius nerd, wants to be with the in crowd and get Macy (Christine Lakin), the cutest girl in school. He gets his shot when popular jocks Lance (Justin Walker), and Tuttle (Christine Payne) haze Karl (Ryan Reynolds), the school Goth outcast, to death, literally. Frank offers to bring Karl back to life in his home lab using a brain from his Dad's (Judge Reinhold) research project. The resurrection is a success, and Karl is back and ready TO PARTY! Now Frank and Karl are on the A-list and part of the in-crowd when things start to unravel. Unbeknownst to Frank, he has reanimated Karl with the brain of a mass murderer. The new Karl is cool, foxy, and deadly. Boltneck, in the tradition of hit teen screams "I Know What You Did Last Summer" and the upcoming Warner Bros. release "The In Crowd" stars a hip young cast and promises to keep you on the edge of your seat.