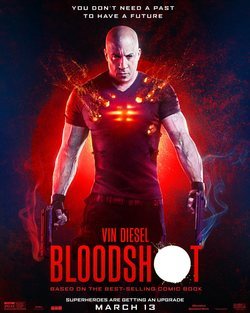 Ray Garrison, a dangerous mobster whose career took off dramatically when he gained employment as a hitman for the government, is murdered alongside his wife by his previous colleagues, who commit the murder under the belief that Garrison had become a threat to their interests. In a twist to their plan, however, Garrison's body is recovered by the FBI and is handed over to a secret group of scientists called Rising Spirit Technologies. Under their machinations, Garrison is injected with a new nanotechnology that brings him back to life - and a little further. With this new invention running through his veins, Garrison is transformed into a practically invincible human being, a superhuman biotechnological machine capable of killing anyone who gets in his way. These changes also erased every memory of his previous life in exchange for superhuman strength and the ability to heal himself. However, rather than be content with this new life, Garrison is determined to find out who he is and who he was back in the day. This film is an adaptation of the comic created in 1992 by Kevin Van Hook, Don Perlin and Bob Layton, 'Bloodshot'. It is directed by Dave Wilson ('Love, Death & Robots?) and stars by Vin Diesel ('Fast & Furious', 'xXx'), Eiza González ('Baby Driver', 'Paradise Hills'), Sam Heughan ('Outlander', 'The Spy Who Dumped Me') and Toby Kebbell ('The Angel', 'Destroyer'), amongst others.

'Bloodshot' - First 9 Minutes of the Movie 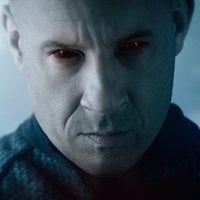 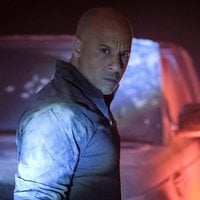 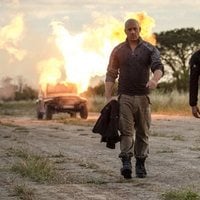 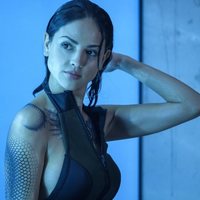 ?
Write your own 'Bloodshot' review.

Bloodshot is one of the most popular characters in the 80 million comics selling Valiant Universe. Bloodshot has sold over 7 million comics in all languages. Bloodshot #1 was a much anticipated comic that became a best selling issue and has gone on to sell approximately 1 million copies. Bloodshot #1 was awarded "Best Comic" by Diamond Distributors (the American comics industry's leading distributor) and "Best Innovation" for its chromium cover (the first of its kind). This is both Vin Diesel and Guy Pearce's first comic book movie outside of the MCU. Michael Sheen was originally set for Dr. Emil Harting, but had to drop out due to scheduling conflicts. Guy Pearce would later replace him.