This documentary directed by Yu Haibo and Yu Tiangi Kiki tells the story of how the Zhao Xiaoyong's family got to sell more of 90.000 counterfeits of the paintings of Van Gogh in the last decades. Zhao learned to copy almost perfectly the works of the Flemish painter with the intention of make a living in the village of Dafen, on China, because the young man doesn't have any kind of training for support him. Few years later, he married with a woman of other city and both decide to open a personal studio in where he will follows with his counterfeits of the works of painter. His life starts to flourish. Years later, all still the same. Zhao thinks that it's the time to search the way to express himself because he needs something more passionate that the counterfeits. 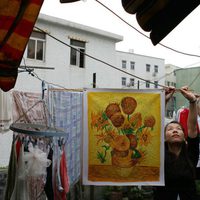 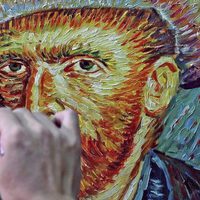 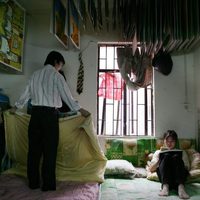 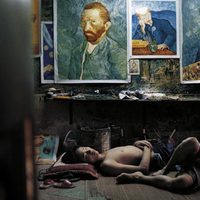