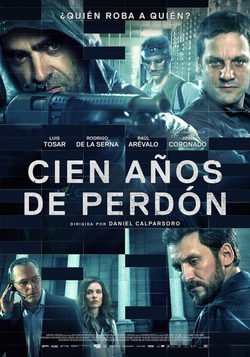 From the producers of 'El Niño' and 'Cell 211', two of the highest grossing Spanish films of recent years, 'Cien años de perdón' comes a thriller under the command of Daniel Calparsoro starring Luis Tosar, José Coronado, Marian Alvarez Joaquin Furriel, Luciano Cáceres, Rodrigo de la Serna Raul Arevalo and Patricia Vico. One rainy morning, six disguised gunmen storm the headquarters of a bank in the city of Valencia. What looked like a clean and simple theft soon becomes complicated, and nothing will go as planned. This causes mistrust and ensuing confrontation between the two leaders of the band, "The Uruguayan" and "El Gallego", which will have to clarify their differences to try to get away with it. But what exactly they are looking for raiders? While the plot of this mystery, the hostages and the rest of the population fear for their life unfolds. The characters in 'Cien años de perdón' represent all social and pure entertainment areas leads to a deeper reflection on the human condition. Hide full plot... Show full plot 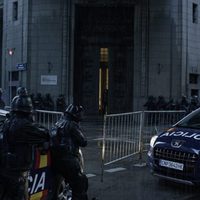 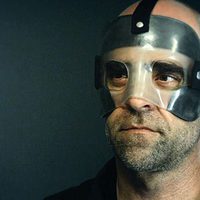 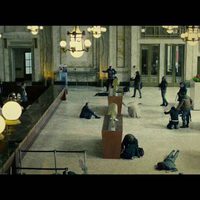 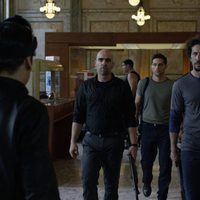 '100 años de perdón' was a venezuelan film of 1998. The story was also about an assault on a bank. Filming took place between Gran Canaria and Argentina, so many actors that match on the screen during the film failed to be face to face during the entire recording.