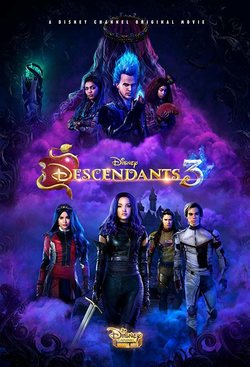 The kingdom of Auradon has lost their calm with the appearance of a new villain. With him, a spell has affected everyone and they have all gone to sleep, while the Queen's crown and Maleficent's scepter have disappeared.To recover them, errase the spell that keeps everyone asleep and defeat the new villain, Mal will have to make a journey in which she will face her fears and get Hade's amber, the only weapon strong enough to break the spell. Mal (Dove Cameron) will count on the help of her friends and partners Carlos (Cameron Boyce), Evie (Sofia Carson) and Jay (BooBoo Stewart) to fight against evil in this new installment of the 'Descendents' saga, directed by Kenny Ortega ('High School Musical). 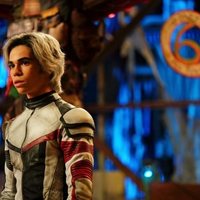 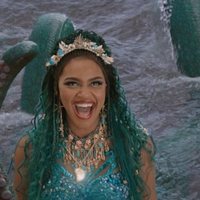 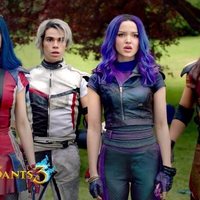 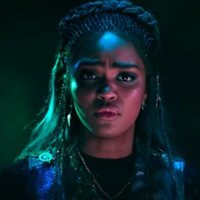 ?
Write your own 'Descendants 3' review.

Jamal Sims's 3rd Disney project. His first was the theatrically released film Hannah Montana: La película (2009), released 10 years prior, and Aladdín (2019), released earlier that year. Lonnie (daughter of Mulan and Shang) is the only character in the franchise who does not appear in this film. The film was teased at the end of Los descendientes 2 (2017) with Uma saying "You didn't think this was the end of the story did you?". There'd also been several other hints and possibilities leading to a 3rd film prior to confirmation in February 2018 over a week before the teaser announcement during Zombies (2018).