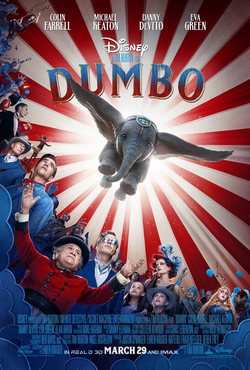 The long-awaited live-action adaptation of the 1941 Disney classic about a little elephant with big ears and an even bigger heart. 'Dumbo' opens with circus owner Max Medici (Danny DeVito, 'Matilda'), who hires Holt Farrier (Colin Farrell, 'Fantastic Beasts and Where to Find Them') and his two young children Milly (Nico Parker) and Joe (Finley Hobbins) to care for a baby elephant who is mocked for his oversized ears. The circus has fallen on hard times, which results in Medici selling Dumbo's mother Mrs. Jumbo, tragically separating mother and child from one another. However, when it's discovered that Dumbo's unusually large ears help him to fly, it makes a dramatic comeback and attracts the attention of powerful entrepreneur V.A. Vandevere (Michael Keaton, 'Birdman') who owns a similar entertainment business called Dreamland. Vandevere promises to make Medici rich if he allows for Dumbo to fly with the French trapeze artist under his employ, Colette Marchant (Eva Green, 'Penny Dreadful'). Despite the initial delight at their success, however, Holt, Milly and Joe worry as the dark secrets hidden by Dreamland and the enigmatic Vandevere begin to come to light. Tim Burton (Edward Scissorhands) directed the return of this much-loved Disney film. Hide full plot... Show full plot 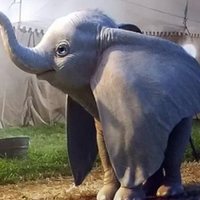 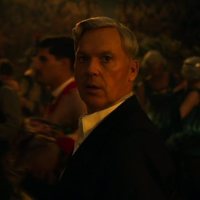 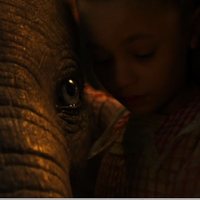 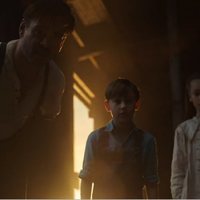 ?
Write your own 'Dumbo' review.

One of the three silent white mice that Milly and Joe bring to Dumbo is dressed similar to Timothy, the mouse from the original film who helps Dumbo. A code name for this movie was Big Ears. This film marks the fourth time that Tim Burton works with Danny DeVito and Michael Keaton.