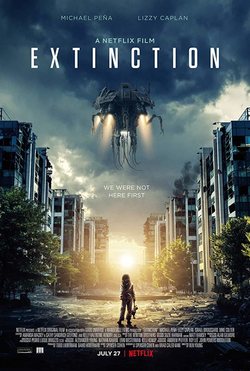 Netflix's latest science fiction film, 'Extinction', premieres on the online platform on July 27th, 2018. Directed by the filmmaker Ben Young and with a screenplay written by Eric Heisserer, it presents the story of a family man who After having the nightmare of losing his family, he sees how this dream becomes a reality when some aliens invade the Earth, that is when the whole family will have to manage to survive in an environment that suddenly becomes hostile and dangerous. The main cast actors are Michael Peña, who recently premiered the Marvel film 'Ant-Man and the Wasp', and Lizzy Caplan. They are joined by Mike Colter, Emma Booth, Israel Broussard, Tom Riley, Lilly Aspell and Lex Shrapnel. 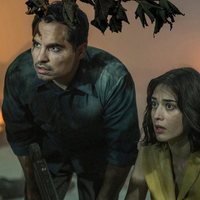 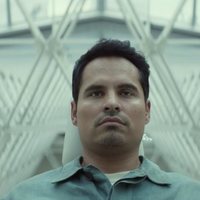 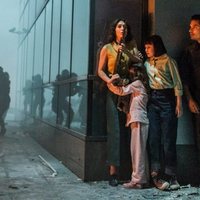 ?
Write your own 'Extinction' review.

This is Ben Young and Emma Booth's second feature film collaboration together after 'Hounds of Love'. Young and Booth have been friends for over a decade prior to filming Extinction. Lizzy Caplan, Mike Colter, and Michael Peña have all starred in Marvel productions. Lizzy Caplan in Marvel One-Shot: 'Item 47', Mike Colter in 'Luke Cage', and Michael Peña in 'Ant-Man'.