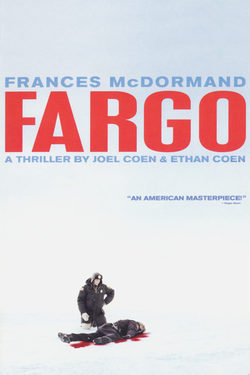 A patrolman and two innocent bystanders are discovered murdered in cold blood on a snowy North Dakota highway, leading very pregnant policewoman Marge Gunderson on an investigation that uncovers a conspiracy of greed and ineptitude. Minneapolis husband, farther and car salesman Jerry Lundegaard, who has long chafed under the thumb of his wealthy boss and father-in-law, concocts an elaborate scheme involving the kidnapping of his wife and a million-dollar ransom to pay off his extensive gambling debts. However, everything that could possibly go wrong indeed DOES go wrong. Officer Gunderson's outwardly homespun and folksy persona conceals a penetrating mind and a fierce moral compass, and she easily sees through the poorly executed and badly hidden events perpetrated by the bumbling, yet highly dangerous kidnappers.

?
Write your own 'Fargo' review.