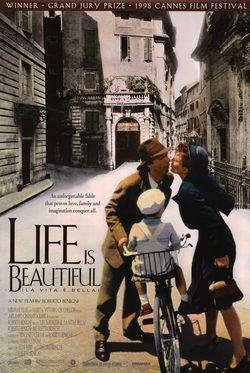 A few years before the World War II starts, a young man named Guido arrives in a small village in the Italian Tuscany with the intention of opening a bookstore. He meets Dora, the girlfriend of the fascist Ferruccio. Since the moment Guido sees Dora, falls in love with her. Conquer her is no easy task, but finally he achieves it. Both are married and they have a son, Giosue. With the advent of war and Nazism, the Jews as they are, have very difficult to get ahead. And harder still when Guido and Giosue are sent to a concentration camp. When Dora hear it, also overwhelms on a train to be with them. Once there, Guido will do everything possible to make believe his son that everything is a game and not see the camp as it really is. 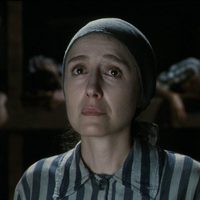 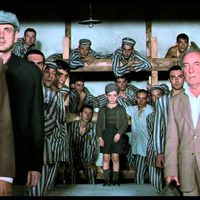 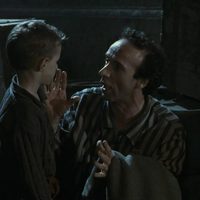 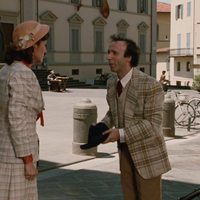 ?
Write your own 'Life Is Beautiful' review.