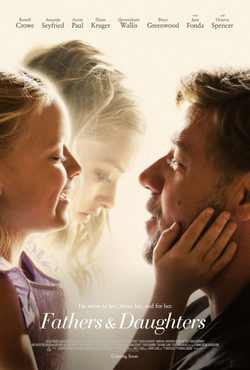 'Fathers and Daughters' is starring actors such as Russell Crowe ('Gladiator'), Amanda Seyfried ('Dear John'), Aaron Paul ('Breaking Bad') and Diane Kruger ('Unknown'). Jake Davis (Russell Crowe) is a Pulitzer Prize-winning writer who is forced to stand up to a tragic situation that leaves him lost without knowing what to do, something that drives him to focus on his stories without taking care of anything else. Thus, the life of the novelist give an unexpected turn when his wife dies in a car accident. Without his wife, Jake has to get used to being a widow as she takes care of his five years old daughter. This new reality surpasses the Pulitzer winner that although he tries, fails to take care of Katie (Amanda Seyfried) as it should due to illness. The film tells Katie's childhood with his father and how 20 years later she have to deal with the problems associated with her childhood while meeting Cameron (Aaron Paul). Hide full plot... Show full plot 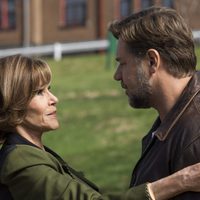 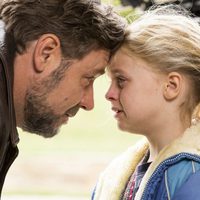 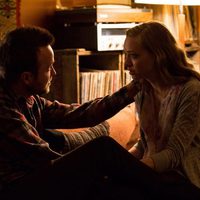 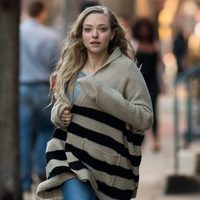 ?
Write your own 'Fathers and Daughters' review.

The screenplay for this film was featured in the 2012 Blacklist; a list of the "most liked" unmade scripts of the year. Russell Crowe filmed some scenes in the library of Shady Side Academy Senior School in Pittsburgh, PA. Russel Crowe and Amanda Seyfried have worked together before, in the 2012 film, Les Misérables.