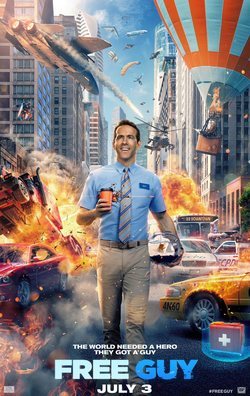 Starring Ryan Reynolds, 'Free Guy' tells the story of a man who works as a banker in an endless cycle of monotony. At a certain moment, this banker begins to suspect that perhaps what he knows as reality may not be so real. Thus, he ends up discovering that he himself is a non-playable character within a vast open world within a futuristic video game, with an unexplored open world. The protagonist, played by Ryan Reynolds ('Deadpool'), will have to use his ingenuity and cunning to try to get ahead and not die trying. The film is directed by Shawn Levy, director we already know for his participation in 'Stranger Things' and other films also recognized as for example 'Night at the Museum' or 'The Pink Panther'. The film's script is written by Matt Lieberman, who has participated in projects such as 'The Christmas Chronicles' and with the collaboration of Zak Penn, known for projects such as 'Ready Player One' or 'The Avengers'. Other stars that we can see in this film are Taika Waititi, director of 'Thor: Ragnarok' and that this year has participated in the acclaimed 'Jojo Rabbit'. Jodie Comer, which we saw in 'Killing Eve' and other names perhaps less sounded like the emerging star Utkarsh Ambudkar, whom this year we will also see in 'Mulan'.

Deadpool and Korg react to the 'Free Guy' trailer 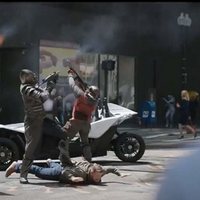 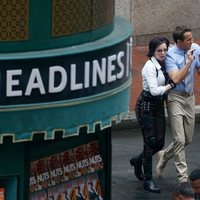 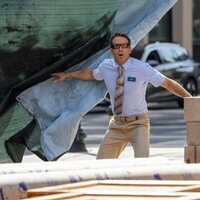 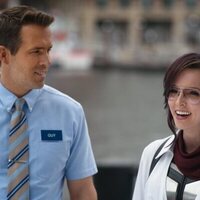 Jodie Comer's international cinematic debut. Ryan Reynolds & Taika Waititi previously co-starred together in 'Green Lantern' (2011). This is the second time Ryan Reynolds has played a character named Guy. The first time was in the animated film 'The Croods'.