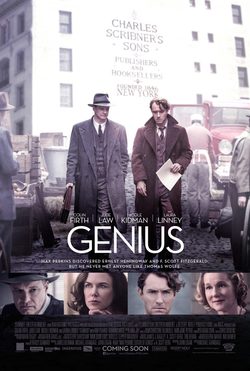 Based on the biography 'Max Perkins: Editor of Genius' by A. Scott Berg. This is the opera prima of Michael Grandage, who was artistic director of the acclaimed Donmar Warehouse in London from 2002-2011, when he succeeded Sam Mendes. With a screenplay written by John Logan ('The Aviator', 'Gladiator', 'Skyfall'), the film features a comprehensive cast formed by Colin Firth ('The King's Speech', 'A Single Man'), Jude Law ('Cold Mountain', 'The Talented Mr. Ripley'), Nicole Kidman ('The Hours', 'Australia'), Laura Linney ('Mr. Holmes, 'Kinsey') and Guy Pearce ('Memento', 'Animal Kingdom'). The film shows Thomas Wolfe, a man full of talent and a captivating personality that is a successful writer. Also it's Max Perkins, the man who discovered him and one of the most respected editors of that time. The friendship that these two men had was like a father to his son, but he will make Thomas Perkins several own follies of youth. Hide full plot... Show full plot 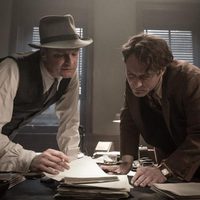 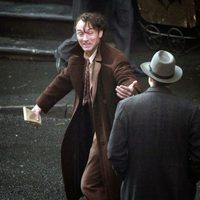 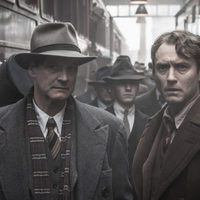 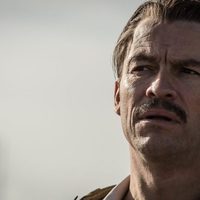 ?
Write your own 'Genius' review.

A. Scott Berg's biography 'Max Perkins: Editor of Genius', on which the film is based, won the National Book Award, upon the publication in 1978. In preparation for his part, Jude Law visited the The Thomas Wolfe Memorial in Wolfe's hometown Asheville, NC. Michael Grandage's debut as director of a feature film.