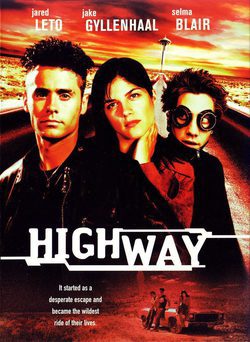 Jack is hunted when the wife of his boss, a bully from Las Vegas, who sends his henchmen to give him hunting. Jack convinces his best friend Pilot flee with him and he is determined to go to Seattle, but does not tell him why. Thanks to Pilot´s drug dealer, bullies learn the fate of his escape and go after them. During their escape, the two friends pick up Cassie a distraught woman that Jack was just being nice addition to an old man who wants to go to Seattle to commemorate the death of Kurt Cobain, and a family circus with problems.

?
Write your own 'Highway' review.