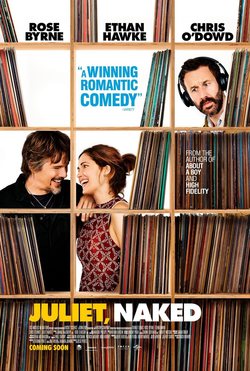 Annie (Rose Byrne) is stuck in a long-term relationship with Duncan (Chris O?Dowd), an obsessive fan of obscure rocker Tucker Crowe (Ethan Hawke). She is disturbed by the passage of time and feels trapped in a relationship without any passion. When the acoustic demo of the successful Tucker album from 25 years ago appears, Annie, Duncan and the disappeared musician will cross their paths on the internet, and living a reality encounter, which will make them see that life continues to give surprises and that everything You can change. Ethan Hawke, Rose Byrne and Chris O'Dowd star in this adaptation of the homonymous work written by Nick Hornby, author of the novels also adapted to the cinema 'High fidelity' and 'About a boy'. 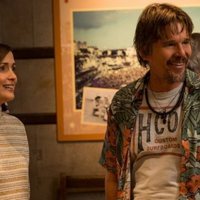 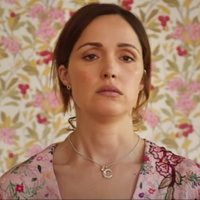 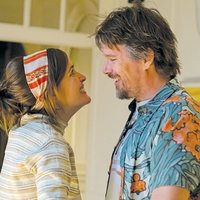 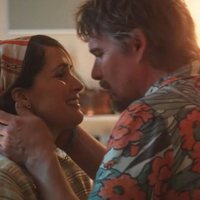 ?
Write your own 'Juliet, Naked' review.

To create the "classic" album that the character Tucker is best known for, director Jesse Peretz turned to previous collaborator Nathan Larson who worked with him on Our Idiot Brother (2011). Over the course of three years, they wrote songs and requested demos from about 35 artists such as Conor Oberst, Robyn Hitchcock and Ryan Adams. Nathan Larson's inspiration for the music was Big Star's "Third/Sister Lovers" album as well as friend Jeff Buckley. The film is based on a novel called ?Juliet, Naked? (2009) written by Nick Hornby. The book was nominated for Goodreads Choice Adward at Best Fiction. The autor of the novel that the film is based on appears next to Rose Byrne meanwhile Ethan Hawke plays ?Waterloo Sunset?.