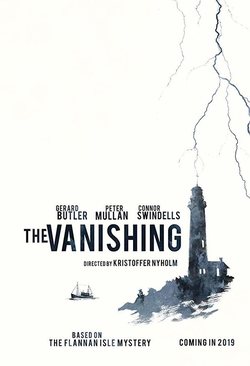 'Keepers' is a psychological thriller who is inspired by the events occurred in the Scottish island of Flannan. It tells the story of James, Thomas and Donald, three lighthouse keepers who arrive on an uninhabited island, 20 miles away from the Scottish coast. As they settle into their normal routine, something unexpected happens: they stumble upon gold. The rest is a tense battle for survival, fed by isolation, paranoia and greed, leading three honest men down a path to destruction. 'The Vanishing' is directed by the Danish filmmaker Kristoffer Nyholm, who makes his directorial debut in a feature film after working in TV series like 'The Killing' y 'Taboo'. The screenplay is written by Joe Bone and Celyn Jones.

'The Vanishing' Trailer with Spanish subtitles 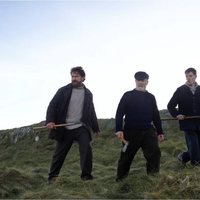 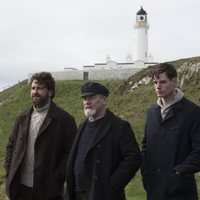 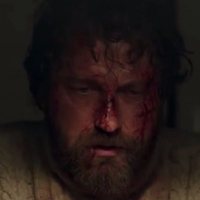 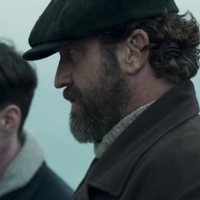 ?
Write your own 'The Vanishing' review.

Four different lighthouses were used to create what is seen in the movie as a singular location: Mull of Galloway lighthouse was used for Exterior and interior cottages, lighthouse, lighthouse garden and the headland of the island. Killantrigan lighthouse was used as an interior staircase and side garden Corsewall lighthouse was used for a single interior shot and to create the cliff many of the cliff scenes. Cloch lighthouse, was used for the interior Lightroom as it no longer operational and beautifully preserved. The actual location where the mystery began was in the Flannan Islands, approximately twenty miles west of the Outer Hebrides island of Lewis, in Scotland. The small island where the lighthouse is situated is called Eilean Mor. On, or about, December 15, 1900, three lighthouse keepers stationed on Eilean Mor, Thomas Marshall, James Ducat and Donald MacArthur, mysteriously vanished without a trace, and speculation as to what became of the three men is still rife after almost 118 years. Due to its isolation, shooting at the actual Flannan Isles lighthouse was not an option. Hence the filmmakers, after extensive scouting, settled on Galloway in southwest Scotland, with specific attention paid to the lighthouse on the tip of the Mull of Galloway.