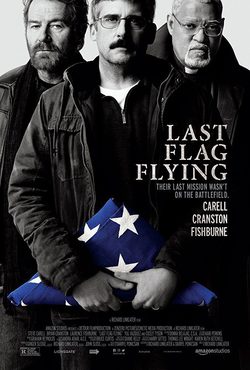 'Last Flying Flag' follows Larry "Doc" Sheperd (Steve Carell) as he reunites with his former comrades, Sal Nealon (Bryan Cranston) and the now Reverend Richard Mueller (Laurence Fishburne) 30 years after they fought together in the Vietnam War. The reason for their reunion? Larry?s son, who also ended up serving in the army, is killed in the Iraq war, so the former enlists the help of his former friends in order to attend the funeral. Things don?t go exactly to plan and eventually, the three end up transporting the body back to Larry?s hometown of Portsmouth, New Hampshire for a funeral there instead. The journey from Arlington to Portsmouth is about more than just giving Larry?s son a good send off, for the three men learn about one another and how the passage of time has changed each of them. The three stop off to visit the family of a fallen comrade amongst other activities which only go to show just how much the war will affect them for the rest of their lives. 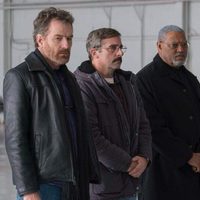 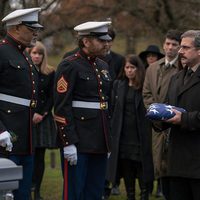 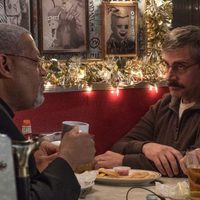 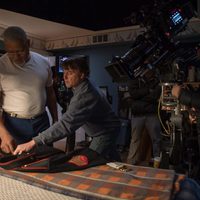 The film is a spiritual sequel to 'The Last Detail' (1973). Steve Carell consulted with his father, a WWII veteran, to prepare for his role.