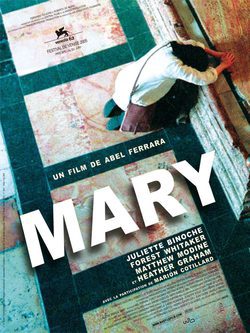 The films starts after the tragic attacks of 11- S. This event will make three people, which initially are unrelated, to join through the figure of Jesus Christ. Tony is a filmmaker who embarks on a trip to Israel to make a film in which he plays Jesus. Marie (Juliette Binoche ) make an introspective journey parallels the character of Mary Magdalene and she wants to know more about herself, and finally, Ted (Forest Whitaker) join Marie and Tony in a TV show in which he works for talk about his doubts about the religion.

?
Write your own 'Mary' review.