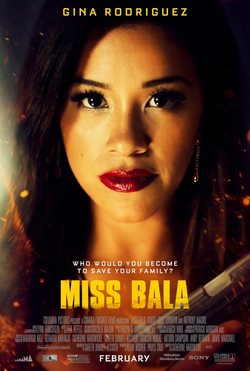 'Miss Bala', a remake of the timely 2012 Mexican film, follows Gloria Fuentes (Gina Rodriguez), a Mexican-born makeup artist who emigrated to the United States as a child. Though her connections to her roots have weakened over time, she does her best to stay in contact with her friend Suzu (Cristina Rodlo) and visits her in Tijuana. Though Suzu is interested in the beauty pageant world and wishes to enter the competition to become Miss Tijuana, Gloria attracts scathing comments when she considers doing the same. When the two women go out clubbing one night and Suzu catches the attention of a police office she thinks can help skew the Miss Tijuana vote, they get caught up in a shooting and are separated in the ensuing panic. In an attempt to discover what happened to her friend that night, Gloria begins to be sucked into the world of drug cartels. When Gloria goes to the police for help in uncovering what happened to Suzu, the corrupt officer hands her over to the gang Las Estrellas. The leader, Lino (Ismael Cruz Cordova) agrees to help Gloria provided that she work for them in return. Gloria must work out how to survive and find Suzu as she becomes increasingly embroiled in a conflict between the authorities, the cartels and the moles in both. Hide full plot... Show full plot 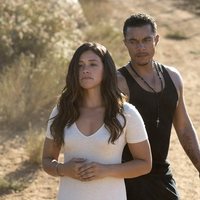 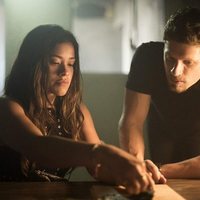 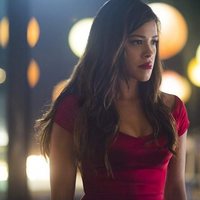 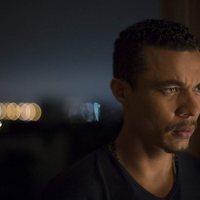 ?
Write your own 'Miss Bala' review.

Remake of a Mexican movie of the same name, launched in 2011. The gang featured in the film is called "Estrellas" and their logo is a lower-case "e" accompanied by a star. "Estrella" is the Spanish word for "star." "Bala" means "Bullet" in English which means the movie is called "Miss Bullet".