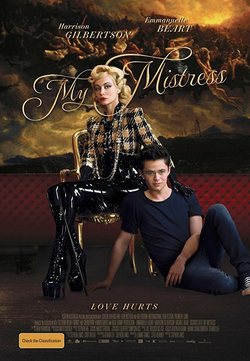 'My Mistress' is an Australian film directed by Stephen Lance ('The Second'), which begins when a sixteen-year-old named Charlie Boyd (Harrison Gilbertson) discovers that his father has committed suicide. After this tragic event, the young man seeks a way to mitigate the pain, causing fate to take him to the arms of a mysterious french woman named Maggie (Emmanuelle Béart) who turns out to be dominatrix, introducing the young man in this new type of relationship. The young Charlie will seek comfort in the mysterious Maggie turning their relationship into a strange and innocent love affair that little by little will become turbid and dangerous, being an unconventional romantic story and what is considered "normal".

?
Write your own 'My Mistress' review.