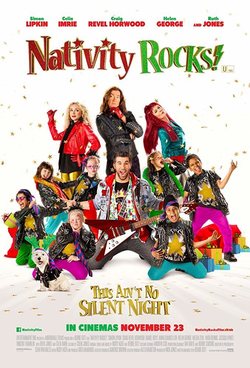 'Nativity Rocks! means the return of the franchise to its origins. The story takes place in the fictional school of St. Bernadette. Every member of the school, both teachers and students, will collaborate together with the aim of winning the Christmas Town of the Year award. To do so, they perform an unique and spectacular show with Christmas music and a lot of rock and roll. The film is directed by Debbie Isitt ('Confetti'), while the cast is formed by Celia Imrie ('Nannie McPhee'), Anna Chancellor ('Four Weddings and a Funeral', 'Ordeal by Innocence'), Helen George ('Three Musketeers'), Ruth Jones ('Emma'), Meera Syal ('Doctor Strange', 'Doctor Who') and Hugh Dennis ('Outnumbered'), among other actors.

?
Write your own 'Nativity Rocks!' review.