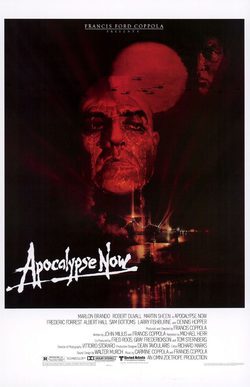 Captain Willard was fighting at the Vietnam War, but he is now "resting" at home. But the memories of the horror of war does not leave him alone at any time. Willard is sent to Cambodia to find and kill Kurtz, a former colonel who has reneged and now he lives in the jungle. He has gathered an army of natives who worship him as a god. Willard accepts the mission and begin his search. But while the time is passing in the jungle looking for Kurtz's hideout, and reuniting with several soldiers who are still fighting, madness will increase in Willard and he begins to understand Kurtz more than anyone could imagine. Film directed by Francis Ford Coppola after The Godfather part II. Won 2 academy awards and it was nominated to 8

?
Write your own 'Apocalypse Now' review.