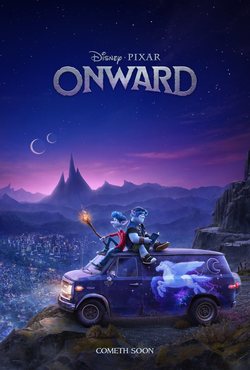 Pixar Studios returns once again with a tale of magic and whimsy in the form of 'Onward'. Set in a world without humans where mythical creatures such as mermaids, gnomes, sirens and elves all exist in harmony, Ian (Tom Holland, 'Spider-Man; Homecoming') and Barley Lightfoot (Chris Pratt, 'Guardians of the Galaxy') are two teenage elf brothers who receive the surprise of a lifetime on Ian's 16th birthday. Ian inherits his father's magical staff and is told that they have 24 hours to complete the magic spell that will bring their late father back to life. When Ian fumbles during the spell's casting, however, only his father's legs are brought back, and so the two brothers - timid Ian and rambunctious Barley - set out on a mission to bring back the rest of the father before they have to say goodbye to him forever. From gas stations full of pixies to encounters with fire-breathing monsters, the two legendary brothers are willing to do anything to see their old man one more time. 'Onward' is directed by Dan Scanlon ('Monsters University'), who also writes the screenplay alongside Jason Headley ('A Bad Idea Gone Wrong') and Keith Bunin ('Horns'). Joining the cast are Julia Louis-Dreyfus ('Veep'), Octavia Spencer ('Hidden Figures') and Ali Wong ('Always Be My Maybe').

Interview with Dan Scanlon and Kori Rae, director and producer of Pixar's 'ONWARD' 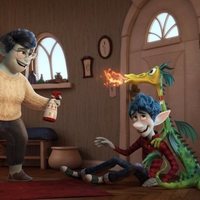 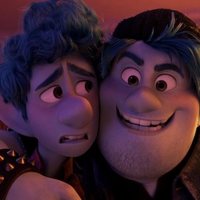 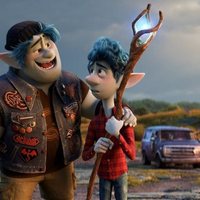 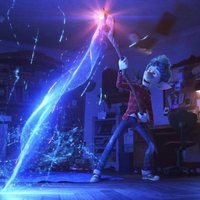 ?
Write your own 'Onward' review.

On January 28, 2020, The Hollywood Reporter reported that San Francisco based artist Sweet Cicely Daniher is suing "Disney, Pixar and Onward producer Kori Rae for allegedly conspiring to secretly create an animated doppelganger of her one-of-a-kind van [The Vanicorn] without permission" following a misleading business arrangement. Pixar's first film of the 2020s to not have a co-director. Tom Holland and Octavia Spencer both have connections to 'Spider-Man'. Holland currently plays Peter Parker / 'Spider-Man' in the MCU. Octavia Spencer had a small role in the 2002 'Spider-Man' movie with Tobey Maguire.