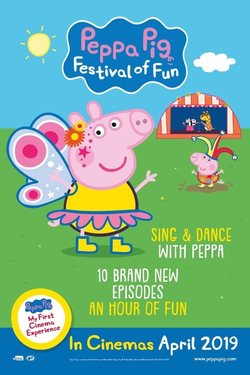 'Peppa Pig: Festival of Fun' is a big-screen take on a popular small-screen television show that marks the 15th anniversary of this animated character. The film is comprised of 10 new episodes of the popular children's TV series, including a two-part festival special, in which little ones will sing, dance and enjoy the world of Peppa and friends more than ever before. The film includes interactive content to keep viewers engaged and immersed, playing along with the lively animated experience. Peppa, George and the gang will jump in muddy puddles at a children's festival, go to a restaurant with their whole family for the first time to celebrate Grandpa Pig's birthday, and will squeal with excitement at the cinema as they watch Super Potato's feature film. Though 'Peppa Pig' airs on Milkshake and Nick Jr., the 'Festival of Fun' episodes are currently exclusive content for film-viewers only. 'Peppa Pig: Festival of Fun' is family-friendly entertainment about the nation's favourite clan of little pigs. The animated film is directed by Neville Astley, Mark Baker, Joris van Hulzen and Sarah Roper and is produced by e-One associate Ashley Baker Davies. The film will feature the voice work of Harley Bird, Oliver May, Alice May, Morwenna Banks and Richard Ridings. 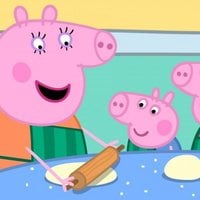 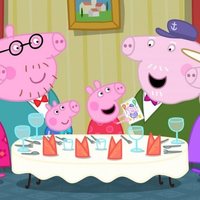 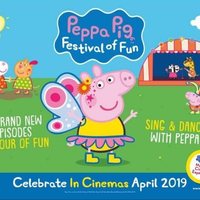 ?
Write your own 'Peppa Pig: Festival of Fun' review.