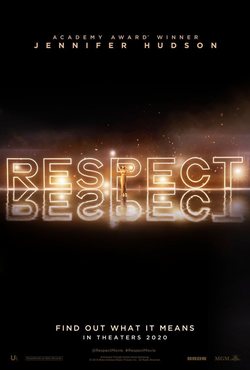 'Respect' is the extraordinary real story of the journey of Aretha Franklin in a search of her voice in the midst of the complicated social and political landscape of the United States in the 60s. Franklin managed to rise more than 100 singles to the Billboard charts, among them 17 pop songs that were part of the best of the moment, and 20 numbers one of the R & B, conquering a total of 18 Grammy Awards. In addition she got the honor of being the first woman to earn a place in the Rock and Roll Hall of Fame. The reinvention of the singer of the success of Otis Redding 'Respect' as a feminist anthem transformed her in an icon of the struggle for civil rights and women's movements. Her cultural impact was notorious throughout his career, with such outstanding moments as acting at the funeral of Martin Luther King or sing in three presidential inaugurations. In addition to 'Respect', her numerous hits include songs like '(You Make Me Feel Like) A Natural Woman', 'Do Right Woman - Do Right Man' and 'Think', timeless classics around the world that will sound in the film. The movie is directed by Liesl Tommy, known for directing episodes from TV shows such as 'Jessica Jones' or 'Insecure', and is starred by Jennifer Hudson, Forest Whitaker, Tituss Burgess, Marlon Wayans, Audra McDonald and Mary J. Blige, among others.

?
Write your own 'Respect' review.

Aretha Franklin herself hand-picked Jennifer Hudson to play her.