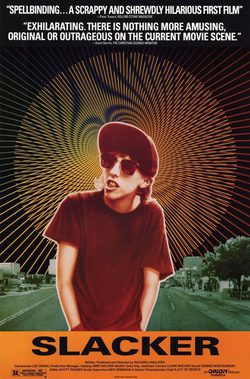 A 1991 American independent comedy-drama film written and directed by Richard Linklater, who also appears in the film. Slacker was nominated for the Grand Jury Prize - Dramatic at the Sundance Film Festival in 1991. 'Slacker' shows a day in the life of Austin, Texas as the camera roams from place to place and provides a brief look at the overeducated, the social misfits, the outcasts and the oddballs. This film will be one of the first in Linklater's career, it received very good reviews in 1991.

?
Write your own 'Salcker' review.