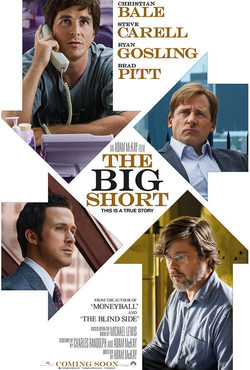 'The Big Shot' is the new film by Adam McKay, director of such films as 'The other two', 'Step Brothers' or 'Anchorman: The Legend of Ron Burgundy'. The film is an adaptation of the novel by Michael Lewis 'The Big Shot: Inside the Doomsday Machine' and has a star cast to be starring Brad Pitt, Christian Bale, Finn Wittrock, Karen Gillan, Ryan Gosling, Marisa Tomei and Steve Carell, among other actors. Based on true events, the story of the film focuses on the real estate crisis that occurred in the US in autumn 2008 and developed the subsequent economic crisis that affected the whole world. Four individuals discover that both the media, banks and the government refuse to confirm what is self-evident, so they decide to bet against their own country. With a light touch of acid humor, is intended to show the absurd, hilarious and depressing truth about the global financial crisis of 2008. This movie part as a favorite in the Grand Prix of the film industry. 'The Big Shot' has been nominated for Golden Globes four times, including best film comedy or musical. 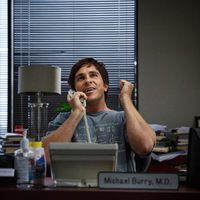 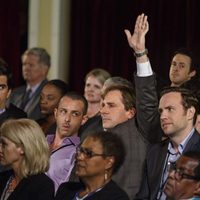 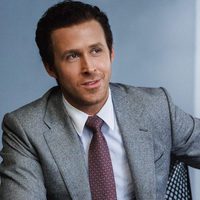 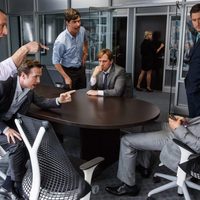 ?
Write your own 'The Big Short' review.

This will be Adam McKay's first time directing a drama. Second collaboration between Ryan Gosling, Marisa Tomei & Steve Carell. The three first starred in 'Crazy, Stupid, Love'. The production crew recreated the offices of failed investment firm Lehman Brothers in the lobby of the New York State Department of Financial Services in Manhattan.