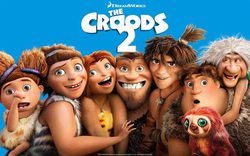 The Croods have survived a multitude of dangers and natural disasters, from beasts with huge teeth to the very end of the world as they knew it, but now they must face the greatest challenge they could imagine: finding another family. Forced to travel in search of a new place to live and to call home, the first prehistoric family ventures to explore new horizons. But when they find an idyllic walled paradise that houses everything they need and they think all their problems have been solved, they find a surprise: there is another family that already lives there, the Betterman. The Betterman through their inventions, their crops and their elaborate tree house, are a couple of steps ahead of the Croods on the evolutionary ladder so that tensions quickly arise between our beloved cavemen and their new and modern peers. . However, only by joining forces will they be able to face the new threat that forces them to put aside their differences, join forces and fight for a future together. 'The Croods: A New Age' again features the original voices of Nicolas Cage, Catherine Keener, Emma Stone, Ryan Reynolds, Clark Duke and Cloris Leachman. Joining the cast are Peter Dinklage, Leslie Mann, and Kelly Marie Tran ('Star Wars: Episode VIII - The Last Jedi'). It's directed by Joel Crawford and produced by Mark Swift ('Captain Underpants: His First Movie', 'Madagascar 3: Traveling Europe').

Cast The Croods: A New Age 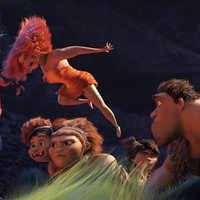 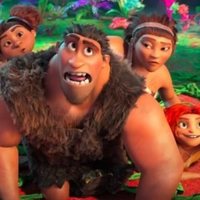 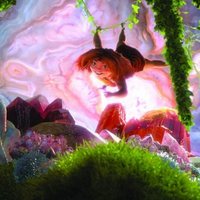 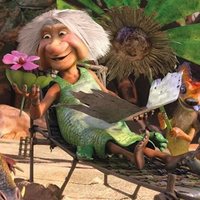 Reviews The Croods: A New Age

?
Write your own 'The Croods: A New Age' review.