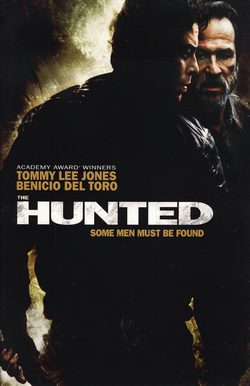 It follows FBI agent Abby Durrell and her new recruit, L.T. Bonham - a specialist in deep-woods tracking, as they team up to track and hunt down trained assassin, Aaron Hallam, who made a sport out of fatally shooting deer hunters in the forests outside Portland, Oregon. Using his well-honed nature skills to locate Hallam, Bonham soon finds himself and his partner lured into a gut-wrenching game of cat and mouse. With ruthless precision and murderous skill, Hallam remains one step ahead of his pursuers as Bonham and Durrell try to outwit him in the natural and urban wildernesses before Hallem turns them into his next victims.

?
Write your own 'The Hunted' review.