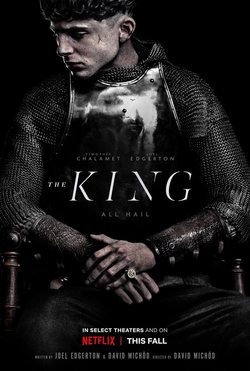 This Netflix original movie is based on various works by acclaimed writer William Shakespeare in order to portray a period drama about the succession to the throne of England. The capricious Prince Hal (Timothée Chalamet) is destined to become the future King Henry V of England. However, the young man has totally given up on that royal life and all the responsibilities that it entails when deciding to spend his life among the plain people without any interest in exercising his legitimate right to the throne. Despite his resounding refusal, the death of his tyrannical father Henry IV (Ben Mendelshon) forces Hal to ascend as King, entering fully into that life from which he was fleeing so much. Once appointed as Henry V, the young man will pick up the witness of politics, chaos and wars that his father has left after his reign. Among the various palatial intrigues, the new king does not trust anyone in his environment in the palace, so he will be helped by the alcoholic gentleman John Falstaff (Joel Edgerton), who will become his mentor and best friend. Next to him, he will have to face the threat of the Duke of Guyena better known as Dauphin of France (Robert Pattinson), who will take advantage of this succession situation to attack with all his army. Hide full plot... Show full plot

The Dauphin of France 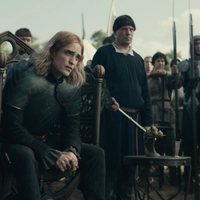 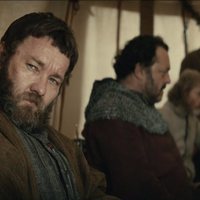 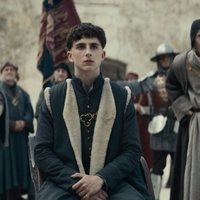 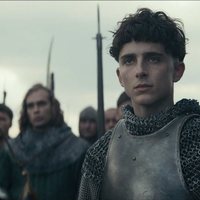 ?
Write your own 'The King' review.

Two weeks before its streaming release, Netflix shows 'The King' in spanish cinemas, following the same strategy with other films presented in well-known festivals. Joel Edgerton ('Loving') has written the script for the film alongside director David Michôd; besided, he stars as Sir John Falstaff. After shooting their scenes together in the 2018 summer, the main character Timothée Chalamet and Johnny Depp's daughter, Lily-Rose Depp, started dating in september 2018.