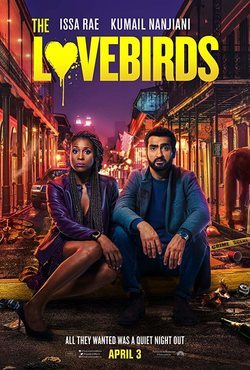 Jibran (Kumail Nanjiani, 'The Big Sick', 'Bless the Harts') and Leilani (Issa Rae, 'Insecure', 'Little') are a loved-up couple whose blissful existence is suddenly interrupted when a man commandeers their car in an alleged police chase. The couple are eager to help do justice, but when this man runs over a cyclist multiple times, they quickly realise that he was not the police officer that he claimed to be. Now, the couple are the main suspects in a murder case. Panicked and confused in the chaos, the two flee the scene. Aware that they look extremely guilty for doing so, Jibran and Leilani decide to track down the real murderer and prove their innocence. But will finding themselves wrapped up in a murder mystery plot put too much pressure on their relationship? 'The Lovebirds' is a romantic-comedy with a generous helping of action, directed by Michael Showalter ('Grace and Frankie'). The script was written by Aaron Abrams ('The Go-Getters'), Brendan Gall ('Blindspot') and Martin Gero ('The L.A. Complex'). Also starring are Anna Camp ('Pitch Perfect'), Kyle Bornheimer ('Marriage Story'), Paul Sparks ('Boardwalk Empire'), Kelly Murtagh ('Looking for Alaska'), Moses Storm ('Arrested Development') and Adrene Ward-Hammond ('The Hate U Give'). 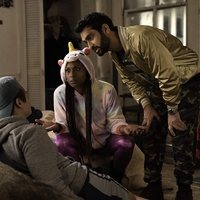 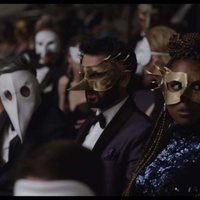 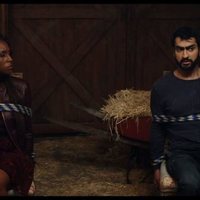 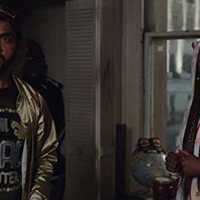