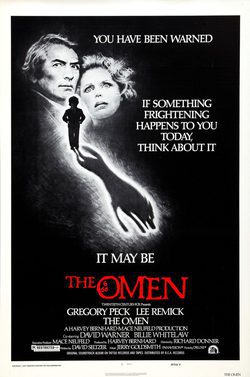 Satan's son has arrived on Earth and He's not about to let human parents get in the way. When his wife Katherine's pregnancy ends in a stillbirth in a Rome hospital, U.S. diplomat Robert Thorn substitutes another baby, whose mother died. Little Damien thrives, but, at his fifth birthday party, his nanny mysteriously dies; Father Brennan also expires after warning Thorn that he has adopted Lucifer's son.

?
Write your own 'The Omen' review.